A Dublin publican who organised a second whip around for Taoiseach Bertie Ahern has told the Mahon Tribunal that he was unaware that the then Minister for Finance had already received another goodwill loan from a different group of friends.

Dermot Carew said the £16,500 cash he raised was to help Mr Ahern in buying a house.

Mr Carew said he never asked Bertie Ahern if he wanted the money but knew he was trying to buy a house.

Mr Carew said it was in his pub, The Beaumont House, that he handed Mr Ahern the £16,500 in a folder saying it was a few pounds from the boys for a deposit .

He said Mr Ahern was amazed and only accepted it on condition it he would pay it back. He said he put it on a seat under his coat.

But he said Mr Ahern did bring it up on numerous occasions, saying about 'that few quid I must fix you up.'

Mr Carew said he kept telling him theu would talk about it later.

The tribunal is investigating a lodgement of £24,838.49 by Mr Ahern

They have said previously it does not equate with Mr Ahern's explanation of it being this second goodwill loan plus around £8,000 sterling from Manchester businessmen

But as the tribunal heard again today it does correspond to an exchange rate for £25,000 sterling.

Mr Carew said was unaware that Mr Ahern did not purchase a house until 1997.

When Mr Ahern moved into the house on Beresford Avenue he assumed he had bought it.

In answer to Des O'Neill SC for the tribunal Mr Carew said Mr Ahern did not tell him the details of his savings or about the first whip around.

Mr Carew said he knew Mr Ahern was living in a pokey little flat above his constituency office St Lukes which was damaging for him personally and professionally.

Another donor Barry English said although he was not a close friend of Mr Ahern at the time he was happy to give a soft loan of £5,000 to Mr Ahern.

Paddy the Plasterer Reilly said he gave £3,500, he said he did not know about the first whip around for Mr Ahern although he knew some of the contributors.

Earlier today, former lobbyist Frank Dunlop was again unable to give evidence at the Mahon Tribunal because a medical report is not ready.

The tribunal heard this morning that an MRI scan had finally been delivered to Mr Dunlop's consultant neurologist more than a week after it was taken, but a full report will not be ready until Friday.

Mr Dunlop has not been able to testify at the public sittings since 6 November and requires medical clearance to continue.

He has now been scheduled to give evidence next Monday. 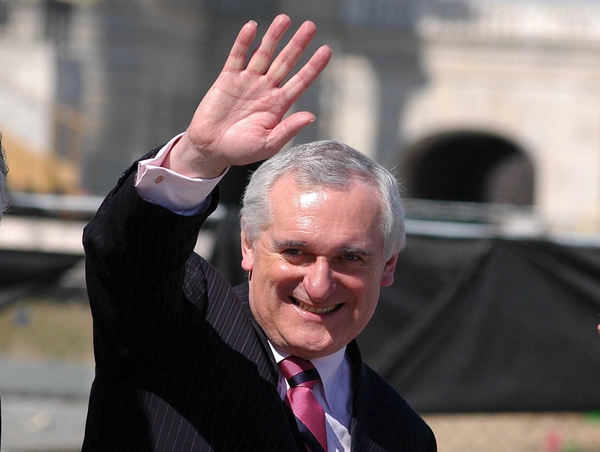