The funeral of John Grey, the 23-year-old who died two weeks after taking cocaine at a party in his home in Waterford, has taken place.

Mr Grey had spent 13 days on a life support machine at Waterford Regional Hospital before his death on Saturday.

His burial this afternoon came less than a week after the burial of Kevin Doyle, a 21-year-old electronics student from Viewmount near the city.

The men were two of 15 people treated at the Accident and Emergency department of Waterford Regional Hospital following a party at Mr Grey's family home in Ballybeg Square in the early hours of 25 November.

Both Mr Doyle and Mr Grey, who are understood to have eaten cocaine at the party, remained critical on life support at the hospital's Intensive Care Unit until their deaths.

Fr Martin Crowe, acting Parish Priest at St Saviour's Church in Ballybeg, said the large numbers in attendance this morning and at his removal last night showed how popular a young man Mr Grey was.

He paid tribute to the deceased, who loved weightlifting, music and horses.

Deputy Kenneally said his thoughts were with Betty and Martin Grey, John's parents, at such a difficult time.

Discouraging the use of drugs, he warned young people 'not to go down the same road' taken by John Grey and Kevin Doyle.

He said the Prime Time Investigates programme shown on RTÉ last night showed how prevalent drugs were in modern society.

The burial this morning was concelebrated by Bishop of Waterford and Lismore, Dr William Lee and Fr PJ Fagan, a family friend to the Grey's.

At Mr Grey's removal last night, Fr Martin said it was a very sad occasion for the parish.

He sympathised with Mr Grey's family, particularly his parents, Martin and Betty, and his girlfriend Fiona.

Fr Crowe expressed his hope taht the family would take solace in the fact that 'John and Kevin were prayed for at every Mass' in the church over the last two weeks.

Mr Grey was buried in St Otteran's cemetery at Ballinaneashagh this afternoon, around 300m from the Grey family home in Ballybeg Square. 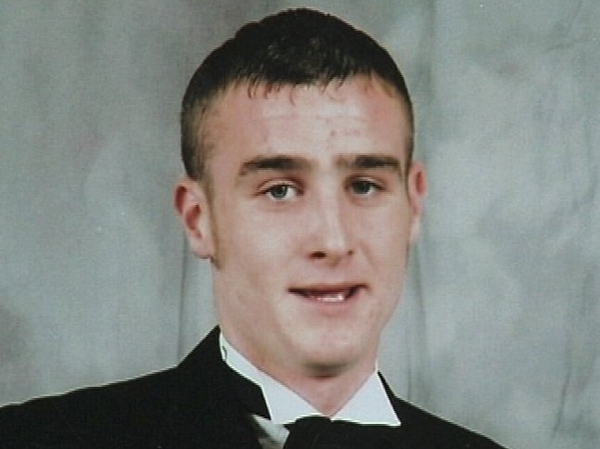