Former Fianna Fáil fundraiser Des Richardson has told the Mahon Tribunal he did not know Bertie Ahern had already paid his marital separation debts when he helped to raise £22,500 for him.

Mr Richardson said the money was raised from friends to pay a legal bill and he was unaware Mr Ahern decided to treat it as a loan and use it to buy property.

Des Richardson said Bertie Ahern had to be persuaded to accept the goodwill loan of £22,500 in 1993 on the basis that it would be repaid.

Six friends paid £2,500 cash each because it was believed Mr Ahern would not accept cheques.

But Mr Richardson paid £2,500 by cheque while Padraic O'Connor, then of NCB, made out a draft for £5,000 payable to Mr Richardson 'for reasons of confidentiality'.

He said the idea had come from Mr Ahern's solicitor, the late Gerry Brennan.

Mr Richardson said he was unaware until this year that Mr Ahern had already taken out a bank loan to meet this liability.

Mr Ahern has told the tribunal he told Mr Brennan about the bank loan and decided to use the goodwill money as a personal loan towards property. 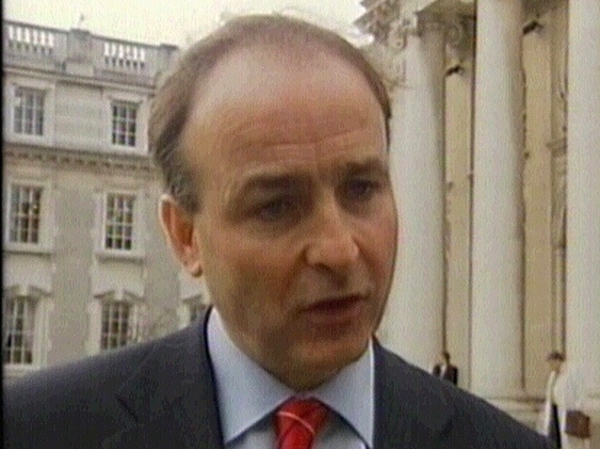