Three protestors have been arrested after scuffles between gardaí and opponents of the Corrib Gas Project in Bellanaboy.

Up to 300 people staged a sit down demonstration to try to stop trucks entering the site and one protestor, who sustained leg injuries in an incident involving a truck, has been admitted to hospital.

About 200 supporters of the Shell to Sea campaign briefly delayed workers entering the site shortly before 7am.

Demonstrators say they will continue with the protest throughout the day. 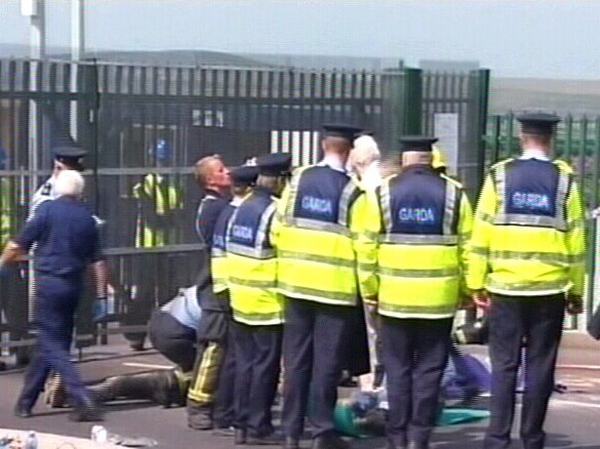