The Shell to Sea campaigners linked themselves together in a sit-down protest blocking the removal of peat from the Corrib Gas terminal for four hours.

All five - four women and one man- were arrested and taken to Belmullet Garda Station where they were charged with public order offences.

They are due to appear in court in two weeks' time. 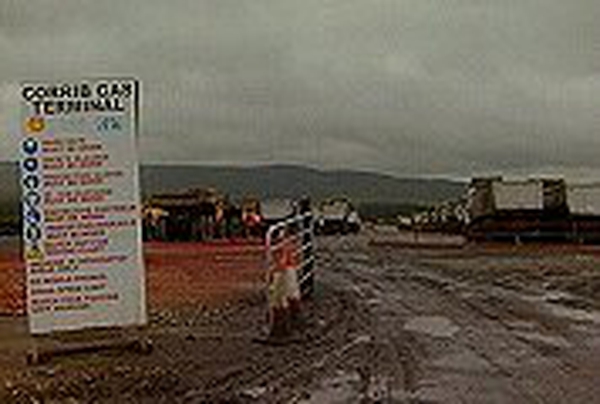