The Minister for Defence, Willie O'Dea, is to visit Irish soldiers in Sweden who are participating in training exercises for a new European Union battlegroup.

The main manoeuvre this week is taking place inside the Arctic Circle.

From next January, two EU battlegroups will be on standby so that Europe can respond rapidly to emergencies or conflicts around the world at five days' notice.

It is intended that they would stay in a trouble-spot for about three months, sometimes until the arrival of a bigger peacekeeping force.

About 80% of the battlegroup members are from Sweden with the remainder from Norway, Finland, and Estonia.

Since mid-October, the Irish troops have been on training exercises with the rest of the Nordic battlegroup in Sweden.

They are now inside the Arctic Circle in the area of Boden where temperatures can drop to -30C degrees, and daylight is limited to seven hours at present.

Minister Willie O'Dea and the Chief of Staff, Lt Gen Dermot Earley, will today join other defence chiefs to inspect the troops.

Ireland is providing a sophisticated bomb disposal and mine clearance unit to the battlegroup. Irish missions abroad will still need the approval of the Dáil and Seanad, the Government, and the United Nations.

Mr O'Dea has said the battlegroups are not a European Army, and Ireland's participation does not undermine our traditional neutrality.

He said participation in the battlegroup would enable Ireland to help the world's poorest and most vulnerable people.

The second EU battlegroup is led by Spain with participation by France, Germany, and Portugal. 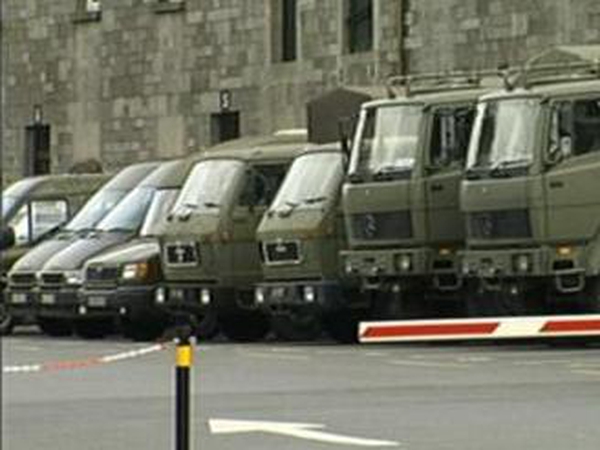