The Cabinet has approved a decision to back the so called opt-out in respect of some policing and criminal law measures contained in the draft European Treaty.

However, the Minister for Foreign Affairs, Dermot Ahern, said the decision would be reviewed in three years.

He said the UK's decision to take the same view had consequences for Ireland and the Government's approval had been taken after the strong advice of the Attorney General.

Mr Ahern denied that Ireland was slavishly following the British in this area, and insisted that the Government's focus would be on opting in to as many justice provisions as practicable.

The Minister for Justice, Brian Lenihan, said Ireland was simply opting out of Qualified Majority Voting in the justice and home affairs area, and he denied that the decision had any implications for cross-border justice co-operation.

He said that the situation had changed since 2004, when Ireland was prepared to accept the justice provisions, in that the British position had changed in the interim and that had obvious  implications for Ireland. 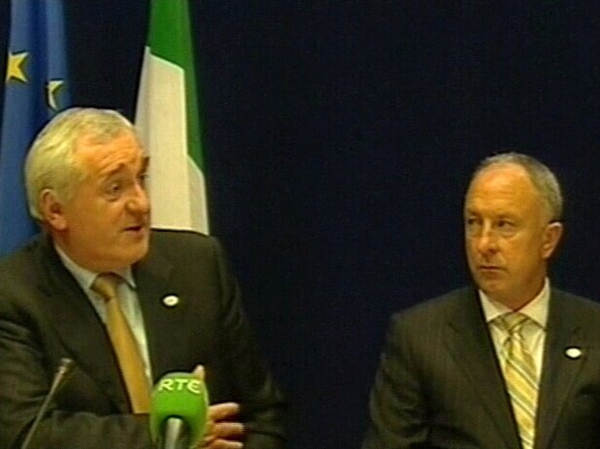