Venezuelan President Hugo Chavez has announced plans to amend his country's constitution, which would remove limits on the number of times someone could stand for re-election.

Under the current rules, Mr Chavez would have to step down at the end of his second term in five years.

Mr Chavez defended his constitutional reform plan, denying that he was seeking to 'enthrone' himself and saying a president's re-election was ultimately in the hands of Venezuelan voters.

'They accuse me of planning to remain in power eternally or to concentrate power,' he said, 'we know that is not the case.'

Addressing a National Assembly, he offered a reform plan that would end autonomy of the country's central bank and put its international reserves under the president's control.

His plans would also increase presidential control over Venezuela's municipalities and states.

He also called for the consolidation of the military as a new, unified fighting force that would be 'patriotic and anti-imperialist' in nature. And he has proposed structural changes to rid the country of corruption and reduce the maximum workday to six hours.

Mr Chavez wants to amend 33 of the constitution's 350 articles, which were already rewritten under him in 1999, to make changes in the political, military, economic and social spheres.

His proposals will likely sail through the single-chamber legislature, as all 167 seats are held by supporters of Mr Chavez due to an election boycott by the opposition in 2005.

The reform would then have to be ratified in a referendum.

The opposition has denounced his proposals as a 'fascist' plan modelled after Cuba. 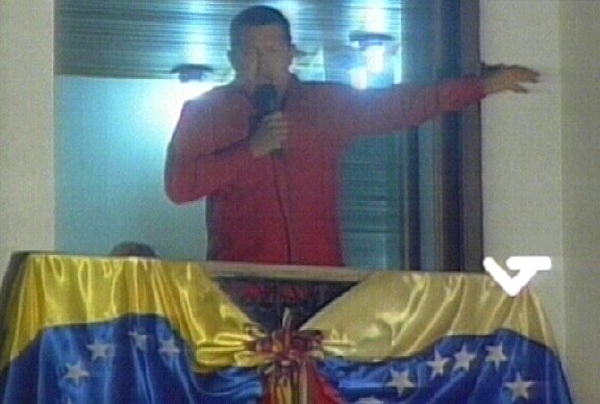