The Irish Human Rights Commission has warned that the establishment of a DNA database by the Government could lead to human rights abuses and the potential for future miscarriages of justice.

The Irish Council for Civil Liberties has said that it also shares the concerns expressed by the IHRC.

The warning comes ahead of the publication later this year of the Criminal Justice (Forensic Sampling and Evidence) Bill.

The IHRC was asked to comment on the proposed legislation and has submitted its report to Minister for Justice Brian Lenihan, calling for further safeguards to be included.

The Bill provides for a central database of DNA samples. Their collection would be mandatory for suspects and people convicted of a crime and voluntary in the case of mass screenings.

The UK already has a similar database and mass screenings are used in cases of rape and murder.

However Liam Herrick, Legislation and Policy Officer with the IHRC says Ireland should be cautious about following Britain's example.

Mr Herrick said the database will allow the State to have access to highly sensitive and personal information and the current proposal to indefinitely retain samples is an unacceptable invasion of the right to privacy.

The Commission recommends that in most cases samples taken from people who have not been convicted of a criminal offence should be removed from the database as soon as possible after legal proceedings.

The Commission has also called for a full debate to increase public understanding of the issue.

In response, the Department of Justice has said it is examining the IHRC's observations on its proposals.

In a statement the department said work is ongoing on the general scheme of the proposed legislation.

As part of this, the department said, it is consulting widely, and the observations will be examined as part of that process in advance of the publication of the bill by the end of the year. 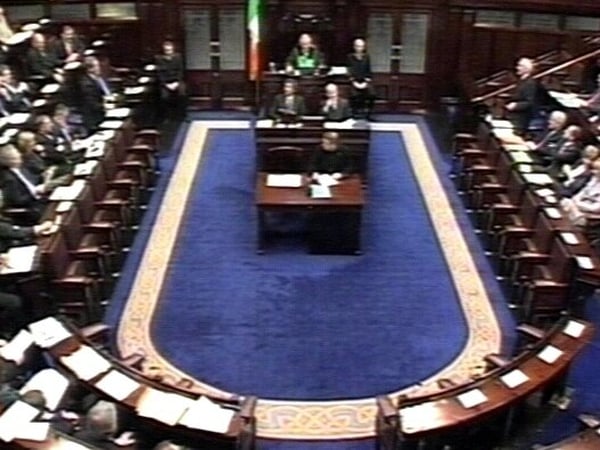