Progressive Democrats president Tom Parlon has said he felt very bad about walking away from the party, because he would have liked to help to rebuild it following its poor election performance.

His comments came after he announced he is to leave politics to head up the Construction Industry Federation.

Mr Parlon, who lost his Dáil seat in the last general election, said he would not now be seeking a Seanad nomination or be contesting the leadership of the Progressive Democrats.

The former IFA president was a high profile recruit five years ago and was an energetic Minister of State in the Office of Public Works.

Speaking on RTÉ Radio's News At One, Mr Parlon said he did not accept that the PDs were rudderless following the party's poor election performance.

He said he had been contacted by a recruitment agency about the job in the Construction Industry Federation, and after thinking long and hard, his head ruled his heart.

He added that it his decision to leave politics was a difficult one.

Mr Parlon said he would not like to think it was going to be the end of the PDs and he said he expected the party 'to pick themselves up'.

Appointed President of the PDs last year, Mr Parlon was seen as the front runner to win any leadership contest once the party agrees terms for the contest.

But his exit from politics now is seen as a further setback for the PDs.

A six-member commission is looking at the party rulebook after the election reduced its Dáil strength to two TDs, Noel Grealish and acting leader Mary Harney.

Ms Harney has made it clear she does not want the job long term.

Contenders might include former TD Fiona O'Malley or Senator Tom Morrissey. Senator Colm O'Gorman has said he would consider putting his name forward for the party leadership.

In a statement issued this afternoon, the Labour Party suggests a conflict of interest may arise because of Mr Parlon's previously held position as Minister of State.

In that post he had responsibility for the Office of Public Works, which administers building programmes on behalf of the government.

The Labour Party cites a rule that states that senior civil servants are not permitted to take up employment, within 12 months of resigning a job, that could potentially have a conflict of interest.

The statement goes on to suggest the potential conflict of interest for Mr Parlon stems from his knowledge of the OPW's overall plans for the future and their approach to the awarding of contracts.

The Labour Party is calling for the civil service rule to apply to former ministers as it believes Mr Parlon's appointment to the CIF raises 'very serious questions.'

However, Mr Parlon has insisted he has no ethical questions to answer, saying he was not surprised by the Labour party comments.

In response, Mr Parlon said he has no ethical questions to answer about his decision to join the Construction Industry Federation.

Speaking in Co Laois this afternoon the former Government junior minister said he was not surprised by comments made by the Labour Party but he was very clear that he had acted in a proper manner. 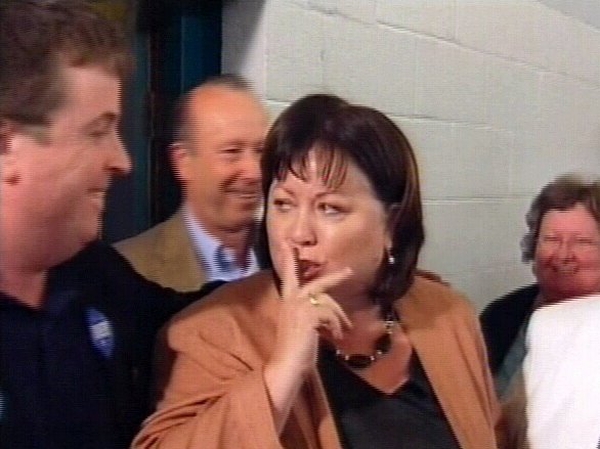