The trial of Joe O'Reilly, who is accused of the murder of his wife, has heard evidence that his mobile phone was in an area close to his home on the morning of his wife's murder.

Mr O'Reilly is pleading not guilty to the murder of his wife, Rachel, at their home at Lambay View, Baldarragh, The Naul, Co Dublin on 4 October 2004.

The trial also heard evidence that he left a voicemail on Rachel's mobile telephone exactly one month after her murder.

As part of the investigation into Rachel O'Reilly's murder, gardaí consulted mobile phone providers and a vast amount of evidence about the movements of the accused's phone in this case has been assembled.

He said that the phone could be placed in the Naul area on the morning of 4 October 2004.

It had communicated with a mast at Murphy's Quarry a short distance from the O'Reilly home twice, at 9.25am and 9.52am on the morning in question.

Joe O'Reilly had told gardaí he was at the Phibsboro bus depot during the time which experts have now placed his phone in north Co Dublin.

Today evidence was heard from Garda Sgt Aaron Gormley who told the court about listening to a recording left on Rachel O'Reilly's mobile phone on 4 November 2004, one month after she died, the voice was identified as that of Joe O'Reilly.

In the message he said, 'Hi Rach, Really sorry for the early phonecall AM, this time one month ago you were probably doing the same thing as I am now, getting the boys ready for school.'

In the message he went on to say, but now you are so cold, it was a sunny day a normal day but you only had two hours to live.

Earlier, the trial heard that the couple slept in separate beds the night before the murder.

Evidence was heard from gardaí who spoke with Joe O'Reilly on the evening of 4 October at his mother's home in Dunleer, Co Louth.

Detective Sergeant Pat Marry told the court that three officers arrived at the O'Reilly home at around 7pm in the evening.

He said Joe O'Reilly told him that he got up at around 5.20am on the day of the murder and that he had slept in a separate room to Rachel because he was rising early.

During the meeting at the O'Reilly home, Joe O'Reilly named a number of people who he thought could be responsible for the murder.

He told gardaí neither he nor Rachel was having an affair but admitted there were some marital issues in the past which had now been resolved.

However minutes later he admitted to gardaí he had been having an affair with a woman called Nicky Pelley.

He said the affair had ended but admitted to contacting her at 12pm that day.

When asked for his mobile phone number he gave a number which gardaí later discovered was actually that of Rachel and not his own.

He also gave gardaí an account of his movements on 4 October.

Det Sgt Marry rejected a suggestion from the defence counsel that a statement that relations between Rachel and her natural mother were not too hot were not made by Joe O'Reilly. 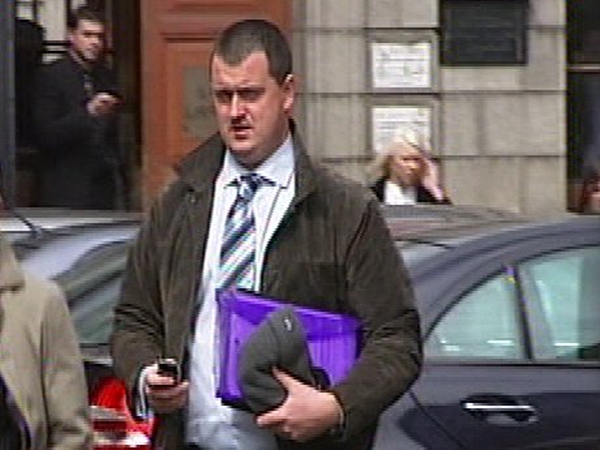