Their leaders, Bertie Ahern and Enda Kenny, will debate for 80 minutes tomorrow night.

Labour leader Pat Rabbitte renewed his stance that his party would not enter into a coalition with Fianna Fáil, while Green leader Trevor Sargent asserted his party's independence.

After Gerry Adams brought up the subject of drugs during the crime portion of the debate, Michael McDowell said Mr Adams 'sold provo know-how to the FARC guerillas in Colombia in exchange for 25 million US dollars.'

Mr Adams responded: 'That remark is proof that you're not worthy to be Minister of Justice'.

For analysis of the debate, listen to Morning Ireland from 7-9am on RTÉ Radio One. For Ireland's most comprehensive election coverage, bookmark RTÉ.ie/election. 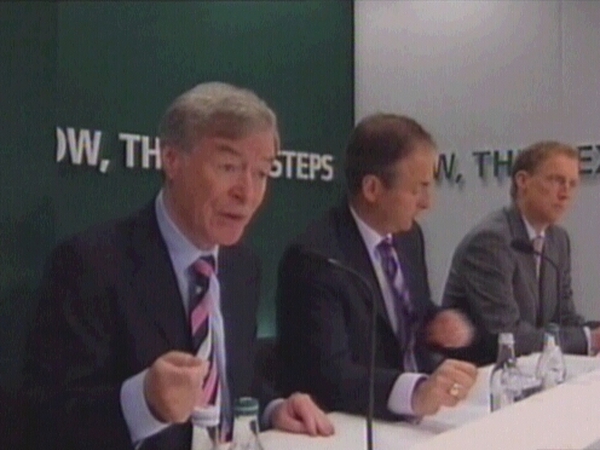