Fianna Fáil TD Seamus Brennan has said it is 'absolutely scandalous and disgraceful' that the Opposition parties are, as he claimed, taking economic growth for granted.

At his party's morning news conference, Mr Brennan said the current Government had generated 600,000 jobs, yet Fine Gael and the Labour Party had no strategy for ensuring jobs growth in the future.

Meanwhile, Fine Gael has accused the government of being the 'Godfather of the rip-off' at the launch of its consumer policy.

Deputy leader Richard Bruton claimed a range of measures proposed by his party would help to control inflation and keep price rises within the level of the EU average.

Speaking in response to the poll, Labour leader Pat Rabbitte described the results as encouraging and claimed it confirmed a trend towards the alternative government.

While over at the Green Party Trevor Sargent, whose party's share has been slipping, seemed to edge closer to an informal voting pact with Fine Gael and Labour.

FG calls for 'release' of ministers

Meanwhile, the Opposition parties were having fun at Fianna Fáil's expense suggesting they had 'muzzled' two ministers, Dick Roche and Martin Cullen.

Fine Gael has started to campaign for the 'release' of the 'Fianna Fáil Two', Ministers Dick Roche and Martin Cullen, who it says have been banned from the airwaves because focus group research shows they are unpopular with electors.

Two large cardboard cut-outs of the missing Ministers stood beside the platform at this morning's Fine Gael news briefing,.

Enterprise Minister Michéal Martin responded by saying it would be a good idea to provide cardboard cutouts of the Fine Gael front bench, as he he found it hard to recognise them.

He added that while senior Fianna Fáil figures attended their news briefings, Fine Gael often put up a press officer and its Director of Elections, Frank Flannery, who he said would not be elected to anything. 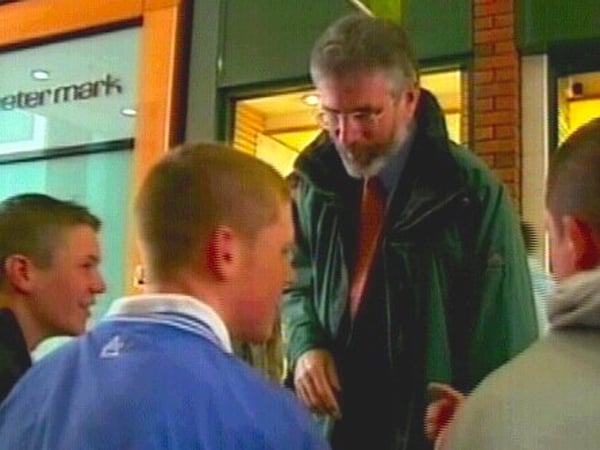