There has been a broad welcome for the announcement by the loyalist paramilitary organisation, the Ulster Volunteer Force, that it is renouncing violence.

But some politicians and church groups have been guarded in their response and called for full decommissioning of all weapons.

The UVF announced earlier today that it is to assume a non-military, civilianised role from midnight tonight.

During the troubles in Northern Ireland, the UVF was responsible for over 420 deaths.

In welcoming the move, the Taoiseach, Bertie Ahern, expressed sympathy for their victims, including those killed in the Dublin and Monaghan bombings.

Mr Ahern said he looked forward to the full decommissioning of their guns.

President Mary McAleese, who is on an official visit to the US, also welcomed the UVF statement as a move in the right direction.

The organisation and its linked group, the Red Hand Commando, said it had put its weapons beyond use and had also ceased all recruitment, training and targeting.

However, the body that oversees paramilitary disarmament said it was concerned about the UVF's intention to deal with its arms without involving it.

General John de Chastelain's Independent International Commission on Decommissioning urged the loyalist group to work with it to destroy the arsenal.

An IICD spokesman said without the commission's involvement, the UVF's action on arms does not meet the requirement of the decommissioning legislation, and the provisions of the Good Friday Agreement.

President McAleese said there are more steps that will need to be taken and added that she is conscious of the reaction of the decommissioning body.

The Northern Ireland Secretary, Peter Hain, said the announcement was a further welcome confirmation that Northern Ireland was emerging into a new and positive era, and that people must now give this development a chance.

Martin McGuinness of Sinn Féin said if the statement represented a very clear indication from the UVF they are going to discontinue the holding of information and threatening people, then that had to be welcomed.

The leaders of the Ireland's four main churches meeting in Armagh described the UVF statement as an important move in the right direction, but also expressed disappointment that weaponry is not being put beyond use definitively. 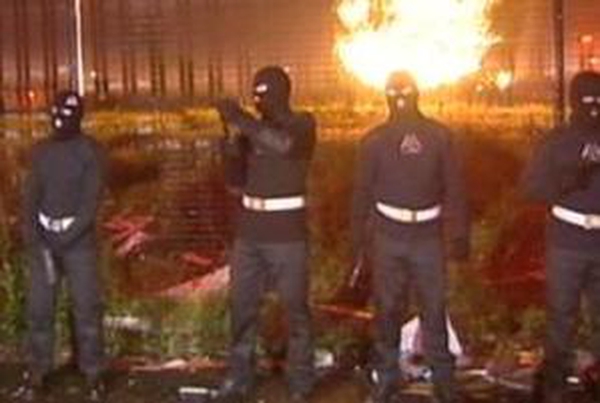