The Tánaiste and Minister for Justice, Michael McDowell, has rejected claims that senior prison officers had come to a special arrangement to allow gangland prisoners to use mobile phones.

Speaking on RTÉ Radio, he said that the allegation that the prison service had been colluding with prisoners over phone use was a serious one.

He added that it is prohibited for prison staff to have mobile phones while on duty, and pointed out that the Director of Public Prosecutions had three files involving prison officers who were caught with phones.

The minister told the Prison Officers' Association in Sligo this morning that so far this year 600 mobile phones have been seized in the country's jails, which is more than four a day.

He also said that no prison governor had the authority to depart from the recognised levels of security and take a lax approach to the smuggling of drugs and phones into the country's prisons.

The POA's annual conference opened amid controversy over conditions and security in Irish prisons.

Earlier this week, listeners to RTÉ Radio's Liveline programme heard a prisoner phone in from a cell in the high security prison in Portlaoise.

Prison officers were angry at an earlier suggestion by Mr McDowell that their members could be complicit in the smuggling of mobile phones into the country's prisons.

Officers from Portlaoise said they have told the authorities that there could be up to 50 phones in the hands of inmates there.

They said staff numbers have been cut on the prison landings, and overall security has been reduced by as much as 20%.

They also said that dangerous criminals have been permitted to refuse to use visiting boxes with cameras during visits.

The POA Deputy General Secretary added that a number of criminals have been allowed Sunday visits, but no extra staff have been detailed to cover these, enabling contraband to be smuggled in.

Eugene Dennehy said that two officers were attacked in Mountjoy Prison and seriously injured when they tried to confiscate a mobile phone from an inmate there. 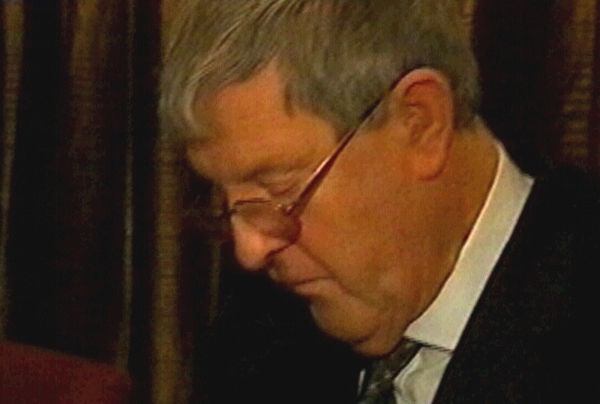