The British Prime Minister, Tony Blair, has announced that UK troop numbers in southern Iraq are to be reduced from 7,100 to 5,500.

The reduction will be carried out in the coming months, but Mr Blair told the House of Commons that British troops would remain in Iraq into 2008.

He said they would stay 'for as long as we are wanted and have a job to do'.

US Vice President Dick Cheney welcomed Mr Blair's announcement as a sign that 'things are going pretty well' in Iraq.

Meanwhile, it has been announced that Denmark will withdraw all of its 460 troops in Iraq in August.

The Danish Prime Minister, Anders Fogh Rasmussen, announced that the Danish battalion will be replaced by a helicopter unit.

Six Danish soldiers have been killed in Iraq since 2003.

At least 13 people were killed in a suicide car bomb attack in Najaf this morning.

Police had been searching the bomber's car when it exploded.

Najaf's governor, Assad Abu Gilel, said authorities had received intelligence reports that several car bombers were targetting Shia provinces in central Iraq, and that five bombs had been found and made safe in neighbouring Karbala and Babil.

The attack targetted a police checkpoint in Maydan Square near Najaf's old city which holds the mausoleum of Imam Ali, the holiest site in Shia Islam, and the offices of several leading clerics.

Najaf is an almost entirely Shia city and security is controlled by local Iraqi units rather than US-led forces.

It had been spared the worst of the sectarian war raging elsewhere in central Iraq. 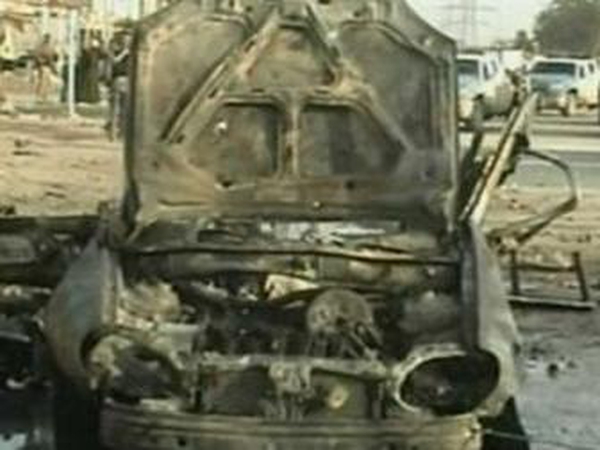 US Democrats vow to continue pressure on Bush