A Dublin Bus driver has been found not guilty of dangerous driving causing the deaths of five people at Wellington Quay three years ago.

Kenneth Henvey, 51, of Whitethorn Crescent in Palmerstown, had pleaded not guilty to causing the deaths of Kevin Garry, Kathleen Gilton, Margaret Traynor, Vasyl Tyminskyy, and Teresa Keatley by dangerous driving on 21 February 2004.

The jury of eight men and four women took just over four hours to find him not guilty of the charge.

Mr Henvey showed little reaction when the verdict was first announced but later put his head in his hands. His wife burst into tears.

Afterwards his solicitor Jane Flannery read a statement on his behalf.

In the statement, Mr Henvey said since the tragic events on Wellington Quay his thoughts had 'rarely been far from those who lost their lives, their families and those who were injured on that day'.

He said he had struggled to understand and deal with the events of that day.

Volvo Bus Ltd, the makers of the bus driven by Kenneth Henvey, has expressed the company's heartfelt sympathy to the relatives and friends of the victims in the case.

The statement said Volvo apologised unreservedly for the errors in its part of the evidence and acknowledged the decision of the court to admit its corrected material.

Volvo said it would like to point out that the vehicle involved in the accident was thoroughly investigated at the time by Volvo Bus, Dublin Bus and gardaí and no fault was found. 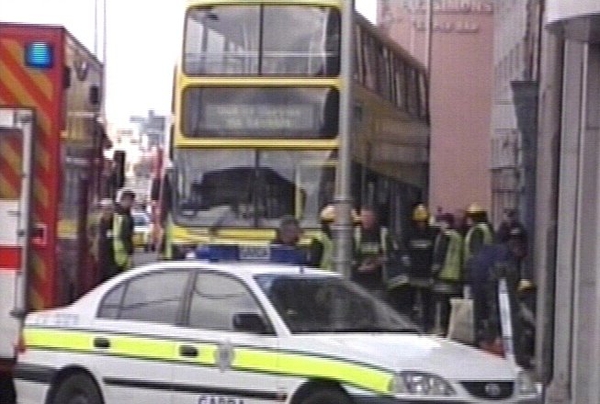