The Tánaiste has said the cost of the Mahon Tribunal will not been known for another four or five years, but he believes it will be closer to his €1bn estimate than to the €300m suggested by its Chairman Judge Alan Mahon.

Speaking in Co Wexford, Michael McDowell said it was not possible to estimate the cost accurately and that anyone who said it was possible was 'codding' the people.

The Tánaiste said he did not want to get into an argument with Judge Mahon or the tribunal but pointed out that two weeks ago the judge had written to the Government saying he could not estimate third party costs.

Issue nothing to do with elections: Brennan

The Minister for Social Affairs, Séamus Brennan, has said that the issue of the costs of the Mahon Tribunal has nothing to do with elections.

He said the matter goes back two years to when the Government decided to try to reduce the legal fees involved in tribunals and a date for March this year was set for this.

Mr Brennan said the Government's only concern was that the sums of money involved were incredibly large and it was taxpayers’ money which had to be watched carefully.

He said the Taoiseach, Bertie Ahern, had never interfered with tribunals and had made it clear time and time again that he wanted the tribunals to continue fully.

Earlier, the Government issued a statement rejecting claims from Opposition parties that it is attempting to close down the Mahon Tribunal.

It said Mr Ahern and Mr McDowell had repeatedly said that there was no question of winding up the inquiry.

The Government concluded that it was just attempting to get clarification on timing and fees from the tribunal.

The statement was issued in response to questioning from Opposition parties.

Labour's Eamon Gilmore asked whether the Government's motive for the public row with the inquiry was to delay the Quarryvale module which, he says, could be uncomfortable for some members of the Government in the weeks before a General Election.

Speaking on RTÉ Radio's Morning Ireland, Fine Gael leader Enda Kenny said it was strange, if not sinister, that the Government was raising questions about the cost of the Mahon Tribunal 12 weeks before a General Election.

Ciarán Cuffe of the Green Party claimed comments by Mr McDowell about the tribunal are an attempt to take attention away from the difficulties the Progressive Democrats are experiencing at present. 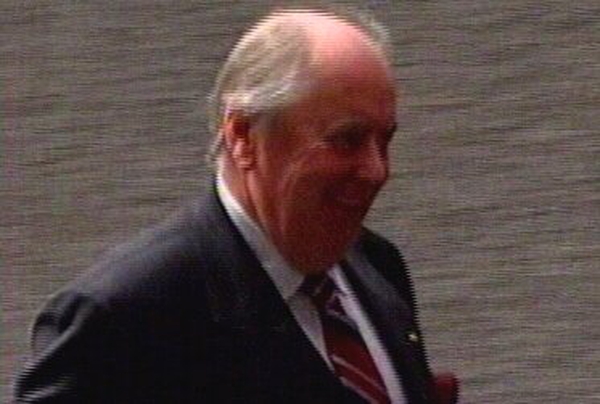