Labour leader Pat Rabbitte has promised to cut the standard rate of tax by 2% within two years of being returned to government.

In his keynote address to the Labour Party conference at The Helix in Dublin, Mr Rabbitte said that people are working, but that the Government is not.

He used his televised leader's address to drop a Labour tax bombshell, committing the party to cutting the standard rate of tax from 20% to 18% within two years of being returned to government.

He said the resources were available, but that the current coalition partners were committed only to cut the top tax rate, which he said would benefit the well-off.

It is a bold move, clearly designed to defuse Government claims that Labour is a high tax party.

Mr Rabbitte also stressed his five commitments for change if Labour forms part of the next Government - more hospital beds and gardaí on the beat, pre-school education for all children, help for first time home buyers, and the abolition of the means test for carers.

The Labour leader also bemoaned the pressures of life in modern Ireland, saying that people were on what he described as a 'gilded treadmill' of work, traffic and responsibility, and claiming that while they were working, the Government was not.

And he accused Mary Harney of treating health as a market commodity rather than a community service, and said that Labour would stop her plan for developing private hospitals on public land if it was in government.

Labour is the first of the political parties to hold a pre-election conference, setting out its policy stall for the voters before they go to the polls - with the election widely expected to be held in May.

Mr Rabbitte earlier said his party's pact with Fine Gael will give the people a real choice of an alternative government at the next General Election.

Speaking on RTÉ Radio One, Mr Rabbitte said he was very happy about the policy formation process, which he said addressed the issues that Government has neglected.

Earlier at the conference, the party's President, Michael D Higgins, told delegates that the social partners have been 'conned' over the number of social and affordable housing units being built.

Mr Higgins said that 40,000 affordable houses had been promised by the Government, but only 3,000 had been provided since 1999.

He also attacked the proposal put forward by Minister for Health Mary Harney to build private hospitals on public hospital grounds, and promised that Labour would scrap the plans if in Government.

Mr Higgins said that 'making profit from the sickness industry may be acceptable to a Fianna Fáil/PD government, but it was not acceptable to Labour'.

The conference was very much focused on the expected election and a succession of candidates outlined party policy to wider audience through the live television broadcast this morning.

Health and crime dominated, with speakers stressing party policies to build 2,300 acute hospital beds and extend medical card coverage to 40% of the population.

Calling for the re-establishment of the Criminal Injuries Compensation Scheme, Justice spokesperson Brendan Howlin said there was no moral reason why victims should not receive compensation.

And former leader Ruairi Quinn tackled accusations that Labour could not be trusted on the economy, claiming that during their last period in office, growth had been higher and inflation lower than under the current coalition.

The conference saw motions and debates replaced by workshops and presentations under the banner 'Ireland can do better under Labour'. 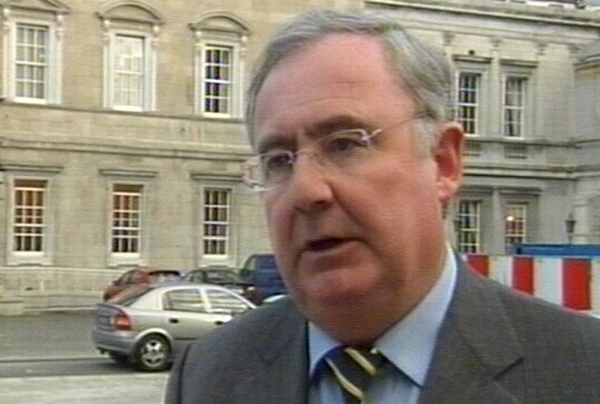