A panel of Iraqi judges has upheld the death sentence passed on Saddam Hussein.

The decision could see the ousted dictator hanged within 30 days.

Under Iraqi law a death sentence, once confirmed at appeal, should be carried out within a month.

Saddam Hussein was sentenced to death in November for his role in the execution of 148 Shias as part of a revenge campaign launched after an assassination attempt against him in the town of Dujail in 1982.

Human rights groups have argued that he has not been given a fair trial in a country torn apart by sectarian conflict that has killed tens of thousands of Iraqis.

Richard Dicker of the International Justice Program said the fact that a judicial decision was first announced by Iraq's national security advisor underlined what he called the 'political interference that marred Saddam Hussein's trial'.

Hussein is still on trial with six others for genocide against ethnic Kurds in northern Iraq in the 1980s. It is understood the trial will continue without the former Iraqi leader if he is executed.

A series of bomb attacks across Iraq has left at least 52 people dead.

25 people were killed and 70 wounded in a triple car bombing in the capital Baghdad.

The bombs were packed into three vehicles and exploded within minutes of each other on a main avenue in the largely Shia neighbourhood of Bayiha.

Minutes later another car bomb exploded, leaving 20 dead and 35 wounded. The blast occurred at dusk near a market close to the Abu Hanifa  al-Nooman mosque, in the Sunni district of Adhamiyah.

In Kirkuk, three Iraqi children were killed and eight injured by a roadside bomb on their way to school.

All the casualties were under the age of 12.

And four people were killed and 11 injured by a car bomb that exploded in al-Tamain near Baiji in northern Iraq.

In Basra, in the south, the city council in has withdrawn co-operation from UK forces after the local serious crimes unit was disbanded by troops.

More than 1,000 British troops blew up a police station run by the unit, which has been blamed for robberies and death squads.

The operation, one of the biggest British operations since the 2003 invasion, was the latest stage of a drive to stamp out renegade Shia militia elements believed to have infiltrated police operating from the compound.

Meanwhile, the US military has reported the deaths of six soldiers in three separate roadside bomb attacks.

Three soldiers taking part in a patrol looking for roadside bombs were killed northwest of Baghdad, and another soldier was wounded.

Two soldiers were killed and one wounded in a roadside bomb attack southwest of the city yesterday. Another was killed and two wounded in another attack in the same area. 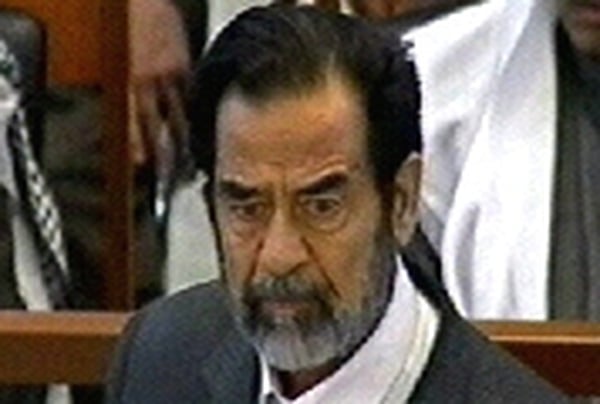