A report to the Government has suggested that a scheme of full civil partnership would address the majority of issues encountered by same-sex couples.

The report of the Working Party on Domestic Partnerships also suggests that limited civil partnership would allow co-habiting couples to register their relationship, but would not confer as many benefits as marriage.

The Paper says there should also be what it calls a 'presumptive scheme', where couples are presumed to have such a partnership if they have lived together for three years, or if they have children.

It states that same-sex couples who are either married or in a full civil partnership should be eligible for consideration to adopt children. It also looked at non-conjugal relationships, but concluded there was not enough research, or enough submissions to it, to come to firm conclusions.

Justice Minister Michael McDowell said the Government wanted to deliver a framework in which non-married couples, including gay couples, can live in a supportive and a secure legal environment, and that significant changes can be made within the terms of the Constitution.

He said the Government believes that arrangements must be made for people in non-conjugal relationships, to provide protection for them on an equal basis.

The report concludes that extending civil marriage to same-sex couples would be 'vulnerable to constitutional challenge'. 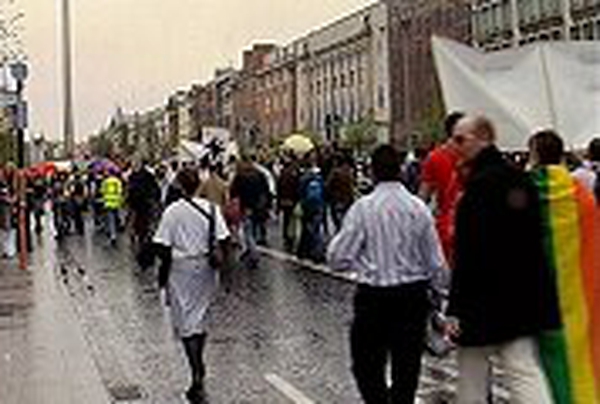