At rally in Belfast tonight, the Sinn Féin leader Gerry Adams has signaled that his party is preparing for policy shifts on policing.

On the eve of political negotiations between the Northern parties and the British and Irish governments in Scotland, Mr Adams has told supporters that Republicans are ''for policing and the rule of law''.

Gerry Adams also insisted that Republicans are in favour of policing, and opposed to criminality of all kinds.

The west Belfast MP said that all those who profited from crime had to be put out of business.

He maintained his party's support for law and order was not a response to unionist demands.

He told his audience that Sinn Féin backed the 24 November deadline imposed by the two governments and said irrespective of what happened by that date progress would continue. 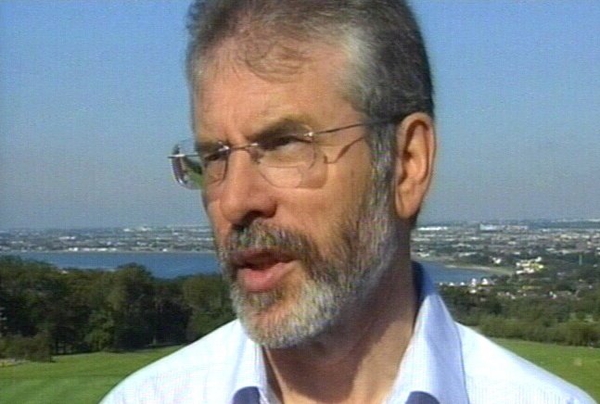