Israeli Prime Minister Ehud Olmert has approved a widening of the 31-day-old offensive against Hezbollah.

Mr Olmert said Israel would press ahead with the campaign if it was unhappy with any UN deal. The UNSC was set to vote on a draft resolution this evening.

Meanwhile, up to 12 people are reported to have been killed in an Israeli air strike on a bridge in Balenat al-Hissa in northern Lebanon, near the Syrian border.

Medical sources said three people were also killed in air strikes on the eastern Bekaa Valley and in southern Lebanon.

One Israeli soldier has been killed in the fighting in southern Lebanon, Al Arabiya television reported. Another was said to be seriously wounded.

Seven people were reported injured as Hezbollah fired more than 55 rockets into Israel.

The United Nations said intensive shelling, bombardment, rocket firing and ground exchanges were reported in southern Lebanon during the night and this morning.

Israeli tanks were said to be massing around four villages amid fighting with Hezbollah militants. 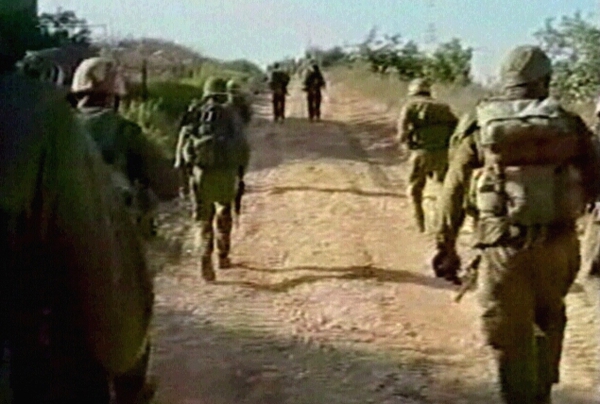 At least 15 die in air strike in Beirut