At least 15 people have been killed and 24 injured in an Israeli air strike in southern Beirut.

It came as the Lebanese cabinet announced a decision to send the Lebanese army to southern Lebanon, which has been the scene of fierce fighting between Israeli forces and Hezbollah fighters.

A UN spokesperson has said that five people were killed in an Israeli air strike on the village of Houla.

The Lebanese Prime Minister, Fouad Siniora, initially claimed at least 40 people died in the attack but later said only one person had died.

It subsequently emerged 50 people had been found alive in a shelter under one of the buildings that was bombed.

At least 55 people in Lebanon are said to have died in the offensive today.

In one incident in the village of Ghazzaniyeh, an Israeli air strike killed six civilians, all members of the one family, according to rescue workers.

Meanwhile, the Israeli army said that three of its soldiers have been killed in clashes with Hezbollah in the southern town of Bint Jbeil and Hezbollah have fired more rockets at Israel. 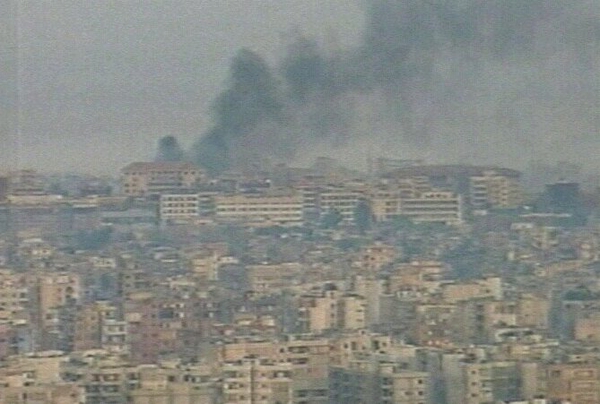