The family of John Carthy, who was shot dead by gardaí outside his home in Abbeylara, Co Longford, six years ago have reacted to a damning report of how the situation was handled.

They say it is regrettable that in the face of the findings of Mr Justice Robert Barr, it seems the gardaí are still not prepared to accept responsibility for what happened.

Today's report says there were critical errors and negligence by gardaí during the 25-hour siege that ended in the shooting dead by officers of the 27-year-old.

Mr Carthy's sister Marie said that, to this day, the family believes there was no just cause to shoot her brother.

Marie Carthy said her family had not ruled in or out legal action following the publication of the Barr Tribunal report.

She said the Carthy family would have to consider the findings in more detail before making any decision.

She said she would like to see non-lethal weapons introduced as soon as possible and that gardaí should be trained to deal with people suffering from depression.

Family solicitor Peter Mullan said it was a matter for the State to consider what action to take against the gardaí implicated in the report.

Commissioner Conroy said members of the ERU had put their lives on the line time and again on behalf of the force generally and the Irish people.

However, he said he would not take criticism of the ERU very lightly. He also said there had been major changes in garda training since the events of Abbeylara.

Mr Justice Barr today published a 740-page report on the events of April 2000.

The judge stated he was satisfied that responsibility for Mr Carthy's death rested primarily with the scene commanders, and to a lesser extent with the Emergency Response Unit tactical commander.

Mr Justice Barr said the greatest garda mistake was not preparing for an uncontrolled exit by Mr Carthy from his home. He also found failings in garda actions relating to the family, Mr Carthy's doctor and his psychiatrist. The judge found however, there was insufficient evidence that the shooting was an unlawful act.

The judge has recommended that there be an urgent review of garda command structures and said there needed to be training.

He said this was especially needed in the context of using the Garda ERU in siege situations, including those with mental illness as a factor.

Mr Justice Barr also recommended the equipping of the ERU with stun guns and other non-lethal options.

He recommended that local area garda superintendents undergo refresher training for one week every year as scene commanders, and a similar refresher course for ERU officers of the rank of inspector or superintendent.

Finally, he said there should be a formal working arrangement between gardaí and State psychologists.

Mr Justice Barr listed 14 mistakes he said were made by Sgt Michael Jackson in his role as the negotiator at Abbeylara.

He pointed out that Sgt Jackson failed to make real efforts to achieve a resolution during the armed stand-off, although the judge did say that 'lack of resources and experience militated against his prospect of success'.

Referring to Sgt Jackson working as the only negotiator at the scene, he said 'it is unfair and unreasonable to expect optimum performance in a unique situation from an inexperienced negotiator in those circumstances'.

Sgt Jackson, he said, was obliged to work on duty in the open for a total of around 20 hours, right up to the time John Carthy was fatally shot. The judge said there were 27 other experienced police negotiators in the jurisdiction at the time, and that one of them should have been provided to collaborate with Sgt Jackson.

Mr Justice Barr also said it was 'patently negligent not to contact the subject's own attorney or ... the family solicitor'.

The Minister for Justice, Michael McDowell, said that the Carthy family were entitled to a profound expression of regret from the State.

Garda representative associations noted that while Mr Justice Barr had four years to compile his report, officers at the scene had only seconds to make up their minds. 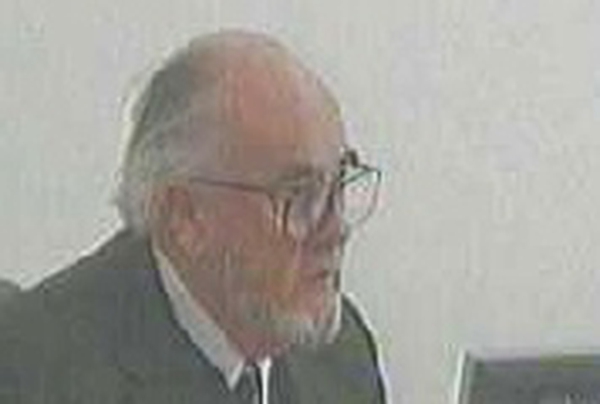