The controversial Orange Order parade in north Belfast has passed off peacefully.

About 100 Orange Order members and bandsmen paraded close to the nationalist Ardoyne area.

The parade was marshalled by Orange Order officials and no music was played as the march passed Ardoyne.

Residents did not stage a formal protest but leading republicans including Sinn Féin MLA Gerry Kelly watched as the parade went by.

Compared to other years, security was low-key with just a small number of PSNI vehicles on patrol.

For the first time since the 1970s the British Army has not been deployed to support the police and the PSNI was allowed to handle any public order incidents.

Meanwhile, the PSNI has said it suspects that an overnight fire, which destroyed an Orange hall in Co Antrim, was started deliberately.

The blaze engulfed the hall at Lavin, near Armoy and the Orange Order has said it will have to be rebuilt.

Politicians from all sides in Northern Ireland earlier appealed for calm ahead of the Twelfth of July parades.

Thousands of Orange Order members were expected to march at 14 venues across Northern Ireland, with the biggest crowds expected in Belfast and Bangor, Co Down.

President Mary McAleese was hosting a garden party in Áras an Uachtaráin to mark the anniversary of the Battle of the Boyne.

350 guests from all parts of the island are attending the party, which is the only State-funded celebration of thr Twelfth in the Republic.

It is the ninth such reception to be held by the President.

A recreation of a battle camp typical from the 1690s is be on display. 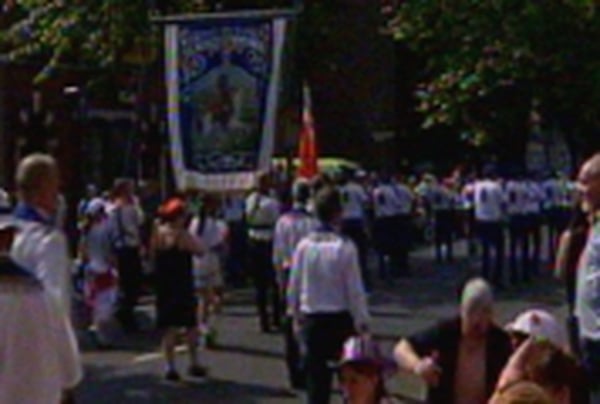