A 23-year-old Dublin man found in possession of a pipe bomb on the M50 has been jailed for seven years by the Special Criminal Court.

The court heard that when arrested, Martin O'Rourke, a father of one from Sheepmore Grove in Blanchardstown, told gardaí the bomb was primed to explode within 15 minutes.

He had been arrested on 8 December last year as part of an operation by members of the Special Detective Unit, the Emergency Response Unit and the National Surveillance Unit.

The gardaí were involved in investigating the activities of an illegal organisation.

When they stopped a white Nissan Almera being driven by O'Rourke, the court today heard that he told gardaí there was a pipebomb on the backseat of the car, it was due to explode and he said 'get me out of here'.

He later refused to say where he had got the device or where he was bringing it. However, gardaí believe the device was being brought to some location within Co Dublin.

Detective Superintendent Diarmuid O'Sullivan today told the court that a number of such devices had been found in Dublin in recent years.

The court was told such devices are placed under the petrol tanks of cars, and can cause damage and injury to a range of 250 metres.

O'Rourke was originally charged with membership of an illegal organisation, as well as possession of an explosive device, but today the State dropped the membership charge.

Mr Justice Paul Butler paid tribute to the good work of the Army Bomb Disposal team who had neutralised the time and power unit, making the device safe and allowing gardaí to examine all parts of it.

The court heard there was 22.5 grams of explosive powder within the pipebomb as well as wires, a clock and batteries, and was primed to detonate.

O'Rourke's lawyer said his client wanted to apologise for his actions, and was undertaking not to associate with any persons convicted by the Special Criminal Court.

O'Rourke's seven-year sentence will only begin next June - after he completes another sentence he is serving for the theft of a motorbike.

He was on bail in relation to that offence when he was arrested in possession of the pipebomb.

The maximum sentence that could have been imposed was 14 years. 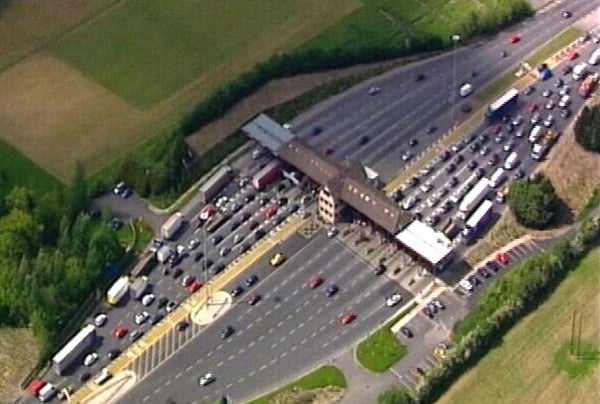