Sinn Fein's chief negotiator Martin McGuinness has said he is 'one million per cent certain' no evidence could be produced to support an allegation that he was a British spy.

Speaking for the first time since the claim was made in a Sunday newspaper by a former British Army intelligence handler, the Mid-Ulster MP dismissed it as 'total and absolute nonsense'.

Mr McGuinness was at Stormont this morning for a meeting of Sinn Féin Assembly members.

At the weekend the Sunday World newspaper carried an allegation by a former British Army intelligence handler that the senior republican had been a British spy.

The man, who uses the cover name Martin Ingram, alleged Mr McGuinness had worked for MI6 during the 1990s.

Mr McGuinness dismissed the claim as 'a load of rubbish and absolute nonsense'. He accused elements of the DUP of being behind the allegation, to undermine the prospects for a return of a power-sharing Executive.

Yesterday the Taoiseach said the allegation could not be believed and also suggested the incident may have been designed to damage the peace process. 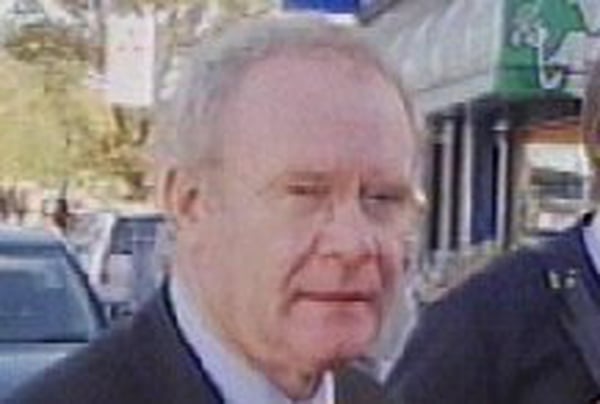