Former Fine Gael Senator Liam Cosgrave Jnr has been sentenced to 75 hours of community service for failing to disclose a political donation.

The former Cathaoirleach of the Seanad had pleaded guilty at the Dublin Circuit Criminal Court.

The charges arise out of the failure of Cosgrave to give details of a £2,500 donation given to him by lobbyist Frank Dunlop during the 1997 general election.

He had been required to give details of the payment to the Standards in Public Offices Commission in early 1998, but had failed to do so.

Cosgrave admitted the charge at a court hearing last October. Sentencing was due to take place in February, but on that occasion Judge Katherine Delahunt ordered a report be prepared on Cosgrave's suitability for community service.

Judge Delahunt said at that hearing that a custodial sentence may not be appropriate and that he may be better put to service in the community.

Passing sentence, Judge Delahunt said the report of his suitability had been very positive.

Cosgrave's barrister said his client had co-operated with the report, had expressed remorse for the offence and was willing and able to participate in community service. 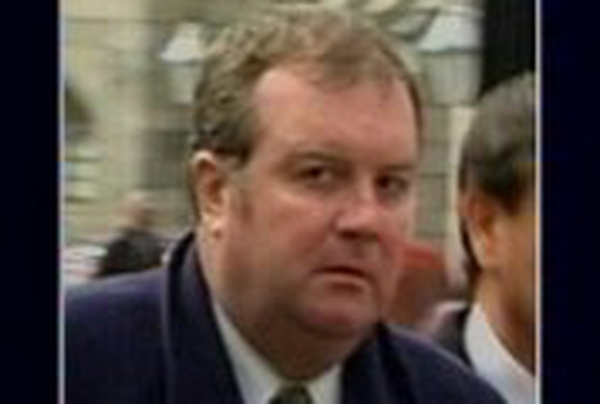