Authorities at St Patrick's Cathedral in Dublin are making preparations for the re-opening of the cathedral after a six-day hunger strike by 41 Afghan men came to an end last night.

The men had refused to leave the cathedral until they were granted asylum. However, discussions between the men and negotiators led to the voluntary removal of all juvenille hunger strikers.

Gardaí later removed the remainder of the hunger strikers against their will.

Earlier, the Minister for Justice, Michael McDowell, said that serious violence had been threatened during the protest by the Afghans.

Speaking on RTÉ Radio, he said that the hunger strikers had been receiving support from outside the church.

Mr McDowell said that the Government has an unwavering policy position that will not be compromised by attempts to force a decision on them by tactics such as those used in the dispute.

Responding to calls for reform the way applications from asylum seekers are processed, Mr McDowell said that he was satisfied that the current system operates properly and humanely.

Rev David Pierpoint of St Patrick's Cathedral congratulated gardaí on their successful action, but expressed disappointment that the Church of Ireland's compromise solution to the impasse had not been implemented.

At a four-hour sitting of the Dublin District Court this morning, 33 of the Afghan hunger strikers were remanded on bail to appear in court next week.

The men, who are aged from their late teens to their 60s, were all charged under section three of the False Entry and Occupation Act.

They were all granted legal aid.

A number of minors who had also been involved in the hunger strike were taken into care by the HSE. 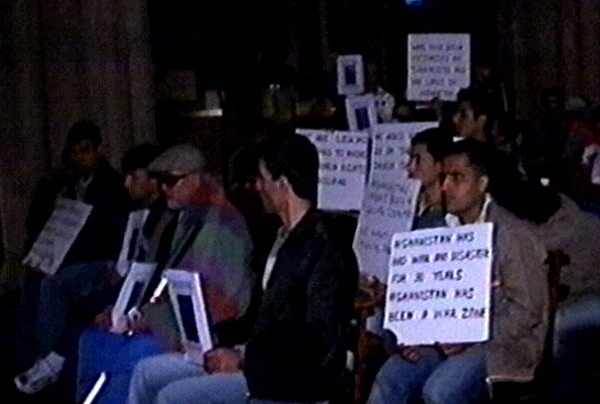