At least 12 people were killed today when gunmen ambushed a minibus travelling near Baquba, just north of Baghdad.

Earlier reports had said a bomb had caused the deaths.

The gunmen ambushed the bus, which was carrying employees of the local electricity company, 10km north of Baquba and sprayed it with bullets, killing 12 on board and injuring four others.

The bus exploded as police arrived to investigate, injuring one officer.

Iraq's President Jalal Talabani said in a statement today that at least 1,091 people were killed in Baghdad alone last month in the ongoing sectarian violence.

A sectarian scuffle in the lobby of Iraq's parliament - over a religious mobile phone ringtone - prompted an angry walkout by some legislators.

The parliament was meeting for only the second full day of normal business after five months of sectarian stalemate over a new government.

It was briefly adjourned after the Sunni speaker refused to let a Shia woman member lodge a complaint about the row.

She had been told to turn off her phone when it emitted a ringtone based on a Shia religious chant.

The death toll from yesterday's suicide truck bomb blast in Tal Afar in northern Iraq has risen to 24.

The US military now says 134 were injured.

As shops were closing in a major market area in the town on the Syrian border last night, a suicide bomber detonated his pickup truck which was carrying flour.

Overnight the death toll had been put at 17. 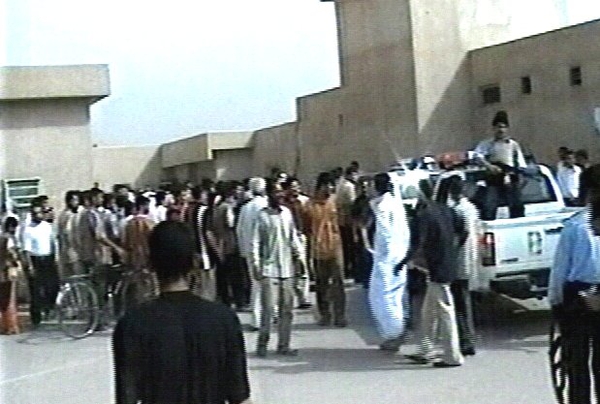