The parents of Brian Murphy have said they are horrified, following a decision by the Director of Public Prosecutions not to proceed with the re-trial of Dermot Laide on manslaughter charges.

Brian Murphy died after a violent incident outside Annabel's nightclub in Dublin almost six years ago.

The DPP informed the Dublin Circuit Criminal Court that he would not be proceeding with the retrial and indicated to the court that ongoing evidential difficulties could not be overcome.

Following the decision of the DPP, Dermot Laide said he did not cause Brian's death. Mr Laide said he had always asserted his innocence and was prepared to fully defend the charge.

The DPP indicated to the court this morning that ongoing evidential difficulties could not be overcome and he was entering a nolle prosequi.

Judge Michael White told Mr Laide that he was free to go.

It brings to an end the high profile case that involved four Blackrock college students after the death of Brian Murphy outside the Burlington Hotel nearly six years ago.

Mr Laide was due to face a retrial on a charge of manslaughter - the conviction had been quashed on appeal. He served a two-year sentence for violent disorder.

In a prepared statement read outside the court, Mr Laide expressed profound regret for his involvement in the incident in August 2000.

He acknowledged his behaviour on the night was totally unacceptable and his conviction for violent disorder was valid.

He disputed reports suggesting that the non-availability of the evidence of the former State Pathologist, Professor John Harbison, was the only reason the retrial was not proceeding.

He said that last Friday night his solicitor received a copy of a new statement from the State Pathologist, Dr Marie Cassidy.

In some ways, he said, the reports of the two pathologists almost seem to be describing a different incident.

He said it was his belief that this new statement by Dr Cassidy was the real reason why the case was dropped and that that belief was confirmed in court this morning.

He said that after nearly six years, it is now his intention to try to rebuild his life and he asked the media to respect his privacy and that of his family. 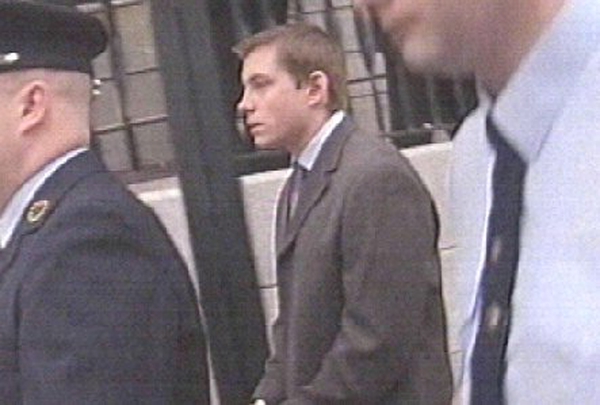 Retrial of Laide will not go ahead