The Stardust Victims' Committee has suspended its picket outside a pub beside the site of the former nightclub in north Dublin.

The committee said it had taken the decision after what it said was the first meeting with the owners of the Stardust.

It is understood the owners have agreed to erect a memorial to the 48 victims of the 1981 fire and to change the name of the pub from the Silver Swan to the Artane House.

The picket outside the pub started on 14 February - the 25th anniversary of the tragedy - when the owners had planned to reopen the pub.

Committee member Antoinette Keegan also said she would be contacting the Taoiseach's office today to try to arrange a meeting for next month.

Ms Keegan is trying to secure Bertie Ahern's agreement for a fresh inquiry into the Stardust tragedy. 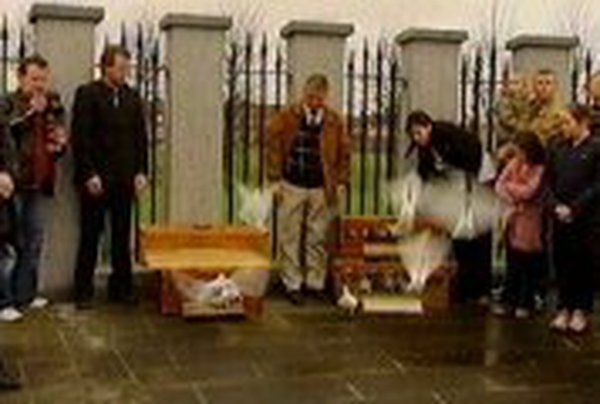