RTÉ News has learned that the garda investigation into yesterday's fatal bus accident in Co Offaly will examine the issuing of a road-worthiness certificate for the vehicle last September.

Gardaí have interviewed representatives of a Co Westmeath company which carried out the tests on the bus on behalf of the Department of Transport before it was sold to its present owners.

The 1989 Mercedes bus passed a test to meet Department of Transport standards.

Meanwhile, the driver of the bus has made a statement to the gardaí.

Detectives from Tullamore interviewed Ger Buckley at the Midland Regional Hospital last night where he was being treated for shock and minor injuries.

15-year-old Michael White from Clara died in the crash. 32 other students were injured when the school bus overturned 2km from Clara as it was bringing students to the Killina Presentation Secondary School in Rahan.

The owner of the bus, Ray McKeown from Clara, has also been interviewed by gardaí.

Superintendent Peter Wheeler says that more than 30 officers are now involved in the follow-up investigation into the crash.

The Acting Principal of the school, Carthagena Minnock, said staff would try to provide students with as normal a routine as possible today.

Yesterday, it was announced that individual and group counselling would be available to students.

Meanwhile, prayers were said at Masses in Co Offaly this morning for the White family. 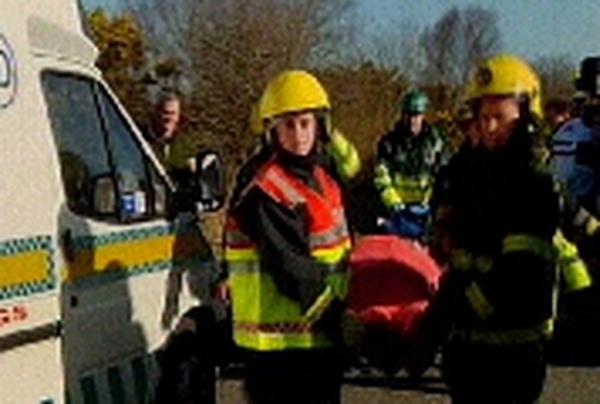