The Taoiseach, Bertie Ahern, has told the Dáil that Denis Donaldson had never sought garda protection, even after being warned that his life could be under threat.

Mr Ahern said gardaí became aware of Mr Donaldson's presence in January, and visited him to advise him there was a perceived threat against his life.

He said they had offered advice on personal security and the telephone number of Glenties Garda Station in case he had any concerns.

The former Sinn Féin official, who had admitted to being a British spy for 20 years, was found murdered in a cottage near Glenties in Co Donegal yesterday.

The Chief Superintendent leading the murder investigation has confirmed that he died as a result of a number of shotgun wounds to the body.

Results of post mortem examination also indicated that other injuries to his body were consistent with shotgun blasts, including a severe injury to his right hand.

Chf. Supt Terry McGinn said gardaí were not yet sure how long Mr Donaldson had been dead when he was found. Ms McGinn said that a passer-by alerted the gardaí after it was noticed that a window was broken in the house in which Mr Donaldson was staying.

The IRA has denied any involvement in the killing.

Armagh engagement to go ahead

The Taoiseach has said that the murder has made efforts to restore Northern Ireland's political institutions more difficult.

Despite the murder, Mr Ahern and the British Prime Minister, Tony Blair, are pressing ahead with an engagement in Armagh tomorrow.

Tomorrow's political initiative is part of the two leaders' efforts to get Northern Ireland's institutions restored.

Mr Blair has said whoever killed Mr Donaldson was attempting to derail the peace process, but that should not be allowed to happen. 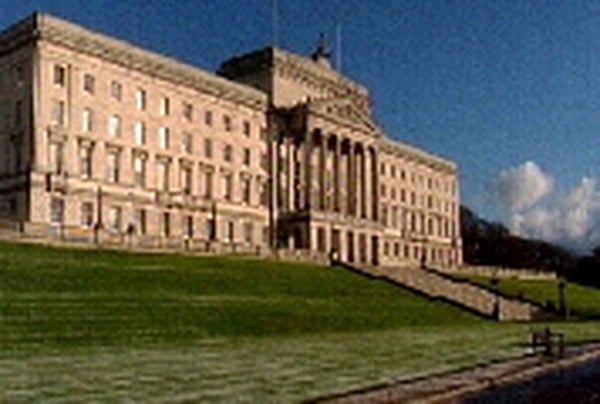