The Minister for Justice, Michael McDowell, has shaken hands with Richard Bruton on the floor of the Dáil following his earlier apology over comparing the Fine Gael deputy leader with a Nazi figure.

Mr McDowell was trying to draw a line under the affair with this handshake, having earlier told RTÉ Radio's Morning Ireland he regretted calling Mr Bruton the Goebbels of Fine Gael and apologised unreservedly.

Mr McDowell said his remarks to journalists yesterday were over-the-top, unacceptable and intemperate.

The row with Mr Bruton centred on a claim by the Fine Gael finance spokesman that Garda numbers in Dublin stations had gone up by just two on a year end comparison in December 2005.

Mr McDowell has also withdrawn the remark he made a fortnight ago to the Green Party TD, John Gormley, that those involved in the Dublin riots were 'your kind of people'.

Earlier the Taoiseach had said that the transfer of 50 Dublin gardaí out of uniform meant that Mr Bruton had been technically right in his claim.

As someone who was good with figures Mr Bruton should have known better than to make the comparison, Mr Ahern charged to protests from Mr Bruton.

Mr Ahern also said that the number of gardai will reach 14,000 by the end of the year.

He said that there are 3,794 gardaí at work in Dublin stations today, 109 more than March last year.

He also said that overall crime figures were down, despite a growing population.

The Labour leader, Pat Rabbitte, joked that the loquacious Mr McDowell had confused the number of interviews he had given with the number of extra gardaí.

The debate on crime is likely to continue with the circulation of the amended Criminal Justice Bill, which is due to be debated soon. 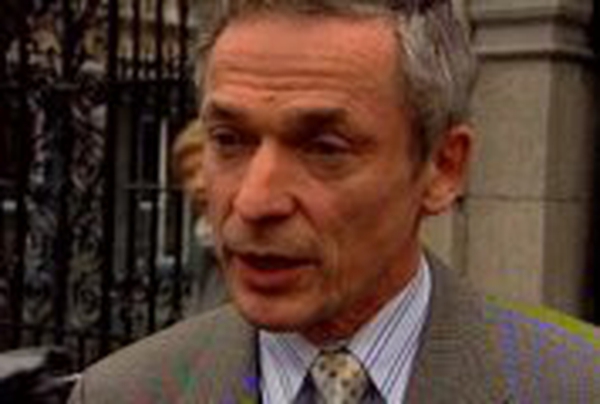 McDowell defends his record on crime