Following a Dáil debate on last weekend’s riots in Dublin city, TDs have unanimously approved a motion condemning the violence.

The Justice Minister, Michael McDowell, told the special Dáil debate that Garda management had his total support.  However, opposition TDs insisted the handling of the riots left unanswered questions.

Mr McDowell outlined the preliminary Garda report into Saturday’s incidents, which says that while a peaceful republican protest was expected the numbers that arrived to swell the numbers could not have been foreseen.

He condemned as ‘despicable’ the refusal of republican Sinn Féin to engage with officers ahead of their protest.

The Taoiseach denied opposition claims that gardaí were ill-prepared for the riots. Bertie Ahern told the Dáil that the numbers involved in the riots could not have been foreseen by gardaí.

He denied suggestions from Fine Gael leader Enda Kenny that the low key approach of gardaí had been a flawed one.

Mr Ahern said more than 300 gardaí as well as back up units had been on duty to police a parade of some 350 people.

He said some 50 to 70 republican counter-demonstrators had turned into a crowd of several hundred, many of whom had been drinking and that development could not have been foreseen.

Fine Gael's Jim O'Keeffe called for an independent investigation into the policing of the event, to insure that ‘we are not shamed again in our capital city’.

Labour leader Pat Rabbitte claimed the disturbances displayed vile sectarianism but that the gardaí had adopted a penny-pinching approach in their strategy.

Gardaí are not yet in a position to say who was responsible for instigating the violence, but it is likely that Mr McDowell will suggest that republican elements have to shoulder the blame.

The Garda Representative Association yesterday called for an independent investigation into the contingency plans that were put in place for the loyalist march.

42 people were arrested on Saturday in connection with the violence and further arrests are expected. 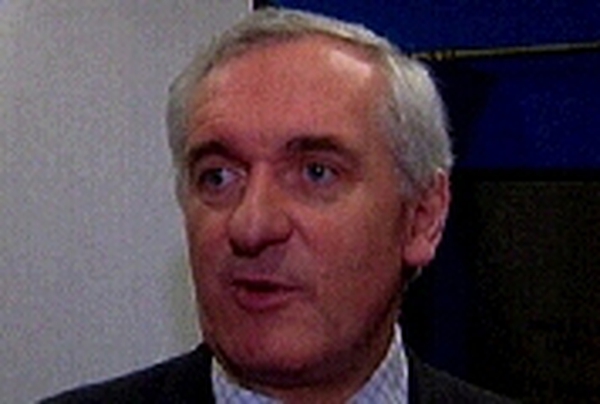