UN Chief Kofi Annan has said that Islamic militant group, Hamas, must reject violence and recognise the state of Israel if it participates in the Palestinian government.

Mr Annan was speaking after a meeting of the quartet of the United States, European Union, Russia and the United Nations. The quartet met to formulate a response to the recent Palestinian election victory of Hamas.

Mr Annan added that donor countries would be reviewing their aid to Palestinians under a new Hamas-led government. The United States has said it will not give aid directly to a Hamas-led Palestinian government.

Earlier Hamas made an appeal to the EU not to cut aid to the region.

Hamas has been responsible for numerous bomb attacks inside Israel. It has so far refused to renounce violence and it refuses to recognise Israel's right to exist.

However, the Gaza-based leader, Ismail Haniyeh, said financial support was needed to bring financial stability to the region.

The EU provides just under €500m a year to the Palestinian Authority.

Meanwhile, it has been reported that the Palestinian President, Mahmoud Abbas, is to meet Hamas politburo chief Khaled Meshaal in the coming days to discuss the political situation in the Palestinian Authority.

Speaking after a meeting with German Chancellor Angela Merkel, who is visiting the Middle East, Mahmoud Abbas also said Palestinians would abide by all agreements with Israel.

He reiterated that he would remain president of the Palestinian Authority until his mandate ends in 2009 despite Hamas' election victory.

Meanwhile, gunmen demonstrated in front of EU offices in Gaza this morning, saying Danes and Norwegians were barred from the Palestinian territory until Copenhagen apologised for caricatures of the Prophet Mohammed.

Demonstrators from a previously unheard of Fatah-linked group calling itself the Yasser Brigades carried rocket-propelled grenades but did not enter the building in Gaza City.

The controversy is over the depiction in cartoons of the Prophet Mohammed in conservative Danish newspaper Jyllands-Posten last September.

On 10 January, the Norwegian Christian publication, Magazinet, reprinted the 12 satirical cartoons as a gesture of solidarity.

The cartoons include a portrayal of the Muslim prophet wearing a time-bomb shaped turban and show him as a wild-eyed, knife-wielding bedouin flanked by two women shrouded in black. 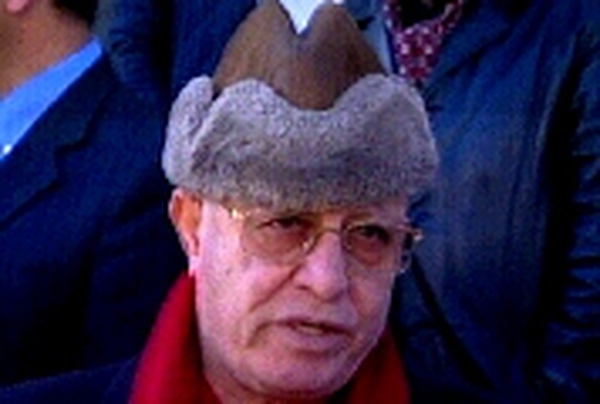