Wayne O'Donoghue has been sentenced to four years in prison for the manslaughter of Robert Holohan.

Last month O'Donoghue, a 21-year-old engineering student from Ballyedmond near Midleton in Co Cork, was acquitted of murder but convicted of the manslaughter of 11-year-old Robert in January 2005.

O'Donoghue admitted killing his next-door neighbour. He said that it was an accident after a row erupted when Robert threw stones at his car.

Earlier today Robert Holohan’s mother, Majella, addressed the court. She claimed that semen was found on Robert’s body when it was discovered dumped in a ditch at Inch strand in east Cork.

She asked why would he have been killed for throwing stones; why were images deleted from his mobile phone; and what was Robert doing in Wayne O'Donoghue's bedroom at 7.20am on one occasion when he was supposed to have been on a sleepover with a friend.

Judge: Sentence will be 'upsetting'

He told her that the sentence he was going to impose would be upsetting; he said that he would endeavour to explain what he was doing but there was no getting away from the fact that it would upset the mother.

He said he was dealing with manslaughter and not a cover-up.

He described the cover up that followed the killing as appalling and added that there could be no excusing what was done and no mitigating it.

He said he was not punishing O'Donoghue expressly in respect of the cover up, although it came into play as part of the impact on the victims and it was in that regard he took it into account.

But he said that from the point that Wayne O'Donoghue confessed his crime to his father, genuine remorse came into play.

Nothing he, the judge, said could assuage the Holohans' grief.

He referred to guidelines from the Court of Criminal Appeal and said he was taking account of the affect of the crime on the Holohan family and the accused being of previous good character.

O'Donoghue not to appeal

He repeated Wayne O'Donoghue's sympathy to the Holohan family.

He said that in today's proceedings certain matters were raised by Majella Holohan concerning the investigation and conduct of the trial, and the suggestion is there that there was certain evidence not led by the prosecution. In so far as the defence is concerned all relevant evidence available to the prosecution was led by them properly, Mr Buttimer added.

Asked about comments made by Majella Holohan in court, Mr Buttimer said Wayne O'Donoghue denies any impropriety of any kind in that regard. 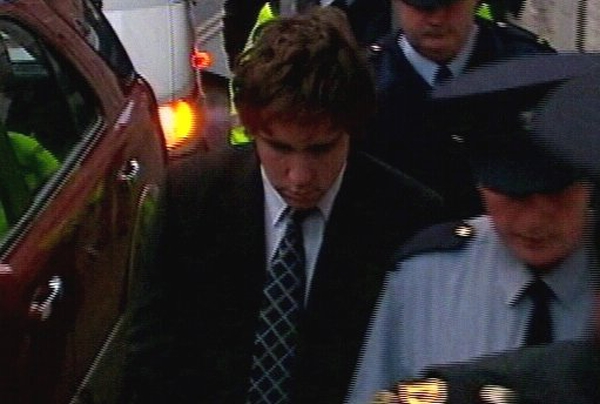