The Irishmen who were rescued after their boat capsized in bad weather southeast of Bermuda last night are expected to arrive on dry land by the weekend.

Gearóid Towey from Fermoy, Co Cork and Dubliner Ciarán Lewis were rescued in high seas late last night by the crew of a Spanish registered tanker.

The men had been competing in a transatlantic rowing race when a high wave resulted in their boat overturning.

Speaking to RTÉ earlier, they said they stayed calm throughout the ordeal but expressed their disappointment at not being able to continue the race. They said they were close to death and were glad to be alive.

The emergency operation began after their distress signal was picked up by the US Coastguard.

The tanker, Hispania Spirit, is now continuing on its way to Spain and is expected to arrive there with the two men on Saturday.

Mr Towey, 28, and Mr Lewis, 34, set out in a rowing boat from the Canary Islands on 30 November bound for Antigua in the Caribbean.

President Mary McAleese has sent her best wishes to the two men.

Her spokeswoman said the President was delighted to hear that the men were safe and well.

This morning, Irish Water Safety Chief Executive John Leech said that the rescue happened in a manner that all mariners who go to sea and are trained in safety and survival expect.

Limerick native Paul Gleeson is now the only Irish man remaining in the Atlantic rowing race. He is participating with his Canadian girlfriend Tori Holmes.

According to his family, who live in Castletroy, they are both safe but had a horrific day last Thursday when Ms Holmes was thrown overboard by a large wave.

They also lost a pair of oars and had to go without food or water for a day. 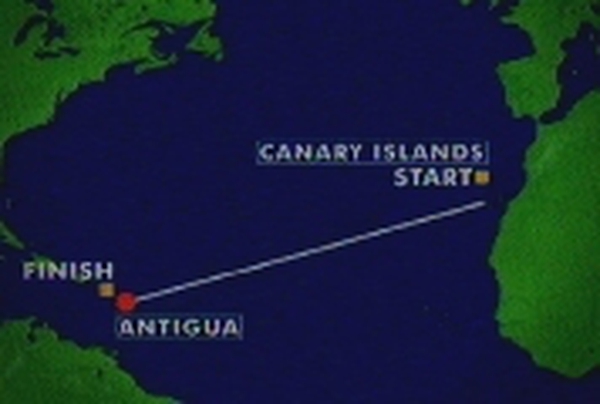