The Dáil has held a special one and a half hour debate on the situation in Irish Ferries this evening.

Fine Gael's Phil Hogan said the Government had been slow to come up with a single solution to resolve the problem.

Government ministers should consult EU colleagues to outlaw the practice of re-flagging, he said.

Labour's Brendan Howlin claimed that the stability of social partnership had been threatened by the actions of what he described as one maverick company.

He rejected the view that the government was impotent to act against reflagging, and also disputed the view expressed by Micheál Martin that the practice would not apply to any other employment.

Mr Howlin referred to the views expressed on RTÉ's Primetime last night by economist Dan McLaughlin. He said there was a view emerging that workers were tools, to be discarded at will - but he said that view would not wash with the public.

And he told the employer body IBEC that there would either be social partnership, or an era of conflict in which people were regarded as cogs.

Irish Ferries announced earlier it had removed the extra security personnel from its ships.

In a statement issued this afternoon the company said it was taking the unilateral action in expectation of reciprocal goodwill from the ships' officers.

The eastern European workers brought onto the ships last week are remaining on board.

All four ships have been out of service since the dispute at the company escalated last week.

The Irish Congress of Trade Unions has sanctioned a national day of protest on Friday 9 December over the row which centres on Irish Ferries' plans to replace Irish workers with cheaper agency staff from overseas.

Protestors will gather at Parnell Square in Dublin's city centre at 1.30pm before marching to Leinster House on Kildare Street.

Commenting on the protest, IBEC Director of Industrial Relations Brendan McGinty said it would do nothing to help resolve this 'difficult dispute' and would only undermine 'our international reputation'.

The LRC is continuing to explore the potential for the parties to engage constructively in negotiations over a concentrated period to resolve the issues in dispute.

However, so far there are no signs of a breakthrough.

Hauliers say the dispute could cost the country millions of euro a day.

Separately, SIPTU is hosting a meeting of its construction branch at Liberty Hall this evening on the outsourcing of work as planned by Irish Ferries. 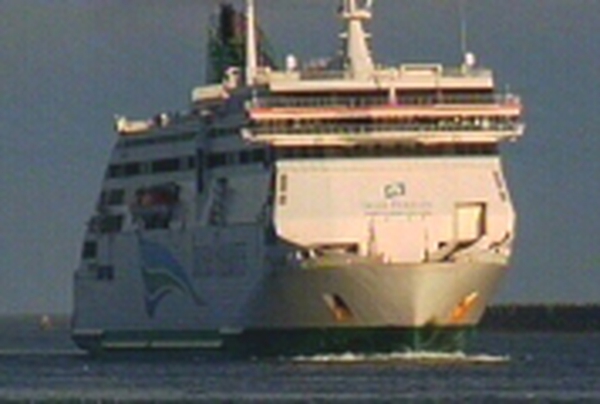