Unionist politicians have denounced Fr Alec Reid, the Redemptorist priest who witnessed IRA decommissioning, after he compared unionists to Nazis.

The comment was made at a public meeting in south Belfast which was addressed by Fr Reid.

During an exchange with a member of the audience, Fr Reid said unionists had politically persecuted Catholics in Northern Ireland for more than 60 years, and added that he believed they were in the same category as the Nazis.

He later apologised for the comments saying he had uttered them in a flash of anger and that he had been provoked by a member of the audience.

However, the Democratic Unionist Party MP, Nigel Dodds, described Fr Reid's statements as outrageous and said it was no defence to claim provocation.

The Ulster Unionist leader, Sir Reg Empey, said many people who had lost loved ones fighting in WWII would be greatly offended by the Nazi comparison.

He further said the comments bordered on racism. 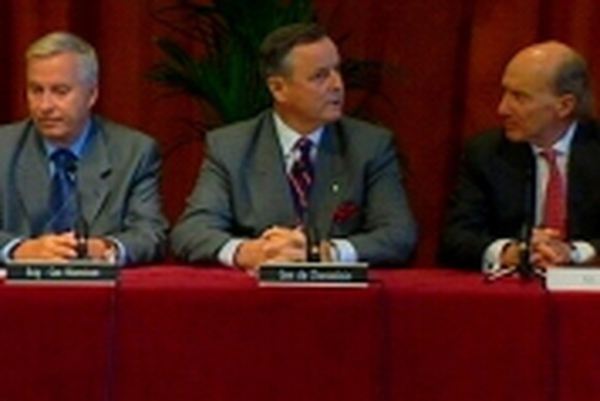