Six people are being held for questioning about last night's murder of the former leader of the UDA, Jim Gray.

The arrests were made during searches by detectives. The six are being held at the Serious Crime Suite in Antrim Police Station.

The officer in charge of the inquiry, Superintendent George Hamilton, also confirmed that Gray's former associates in the UDA are believed to have been responsible for the killing.

Unionist and nationalist politicians have condemned the murder.

It is understood Gray was confronted by two gunmen when he answered the door of his home at Knockwood Park in the Clarawood estate last night.

He was then shot repeatedly at point blank range.

His body, covered with a white sheet, could be seen lying on the footpath.

The 47-year-old had been released on bail from prison three weeks ago after being in custody facing a series of charges including money laundering.

Gray had been one of the senior UDA leaders in east Belfast until earlier this year when he was ousted from the loyalist paramilitary group after falling out with his erstwhile associates.

That dispute and his expulsion from the UDA left him with many enemies within the organisation.

The PSNI would not comment on reports he had been given police protection since his release from jail.

He had been arrested in April close to the border in Co Down, and police suspected he was preparing to leave Northern Ireland.

Mr Gray had survived a murder bid three years ago when he was seriously injured in a shooting linked to a loyalist feud. 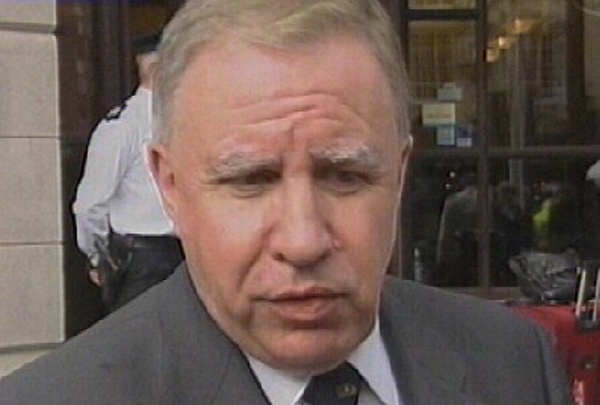