Two US crewmen were killed today when an Apache attack helicopter crashed in Iraq as insurgents kept up deadly attacks in Baghdad despite a massive security operation in the capital.

In the face of the unrelenting violence, US Secretary of Defence Donald Rumsfeld confirmed contacts with rebels in a bid to stem the carnage but warned the insurgency could go on for years.

The two members of the Apache crew were killed when the helicopter came down northwest of Baghdad, a military statement said, without providing information on the cause, which is under investigation. An interior ministry source said the aircraft hit the ground near the town of Mishahda, around 40km from Baghdad.

Three people were killed and at least 30 were wounded when a car bomb exploded near a market in Baghdad today. The blast occurred in the Jadida district, an interior ministry source said.

Seven Iraqis were also wounded when a rocket slammed into a restaurant in the centre of the capital as attacks continued in Baghdad despite a security clampdown.

The seven, three waiters and four customers, were wounded when a rocket exploded in Al-Yassir restaurant near a busy taxi and bus terminal off the capital's central Museum square.

An Iraqi man died and his wife was wounded when two homemade bombs exploded as they drove past a local council hall in northern Baghdad.

Yesterday, three people including a policeman and a nine-year old boy, were shot dead when insurgents attacked a barbershop in Jadida. 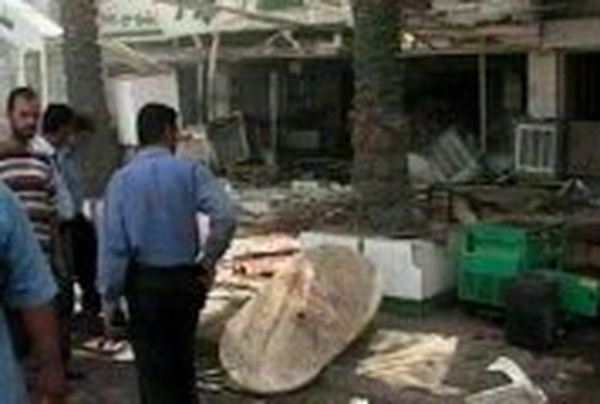