Lawyers for the Turkish construction company Gama have told the High Court that the Minister for Enterprise, Trade & Employment had no legal right to order an investigation into its Irish operations.

Lawyers for the Minister told the Court it would be untenable to suggest that he could not order an inquiry by his Department into serious allegations of worker exploitation made against Gama Ireland.

The Court earlier refused an application by Socialist Party TD Joe Higgins to be joined in the proceedings.

Mr Justice Peter Kelly said he had some sympathy for Mr Higgins's right to defend his reputation against allegations that he abused Dáil privilege to give misinformation about the company.

The judge said the court's only function was to decide if the decision by Minister Micheál Martin to order an investigation into Gama was legal, and if so was it carried out in accordance with natural and constitutional justice.

The investigation followed claims by Mr Higgins that employees were paid €2.20 an hour. The case continues. 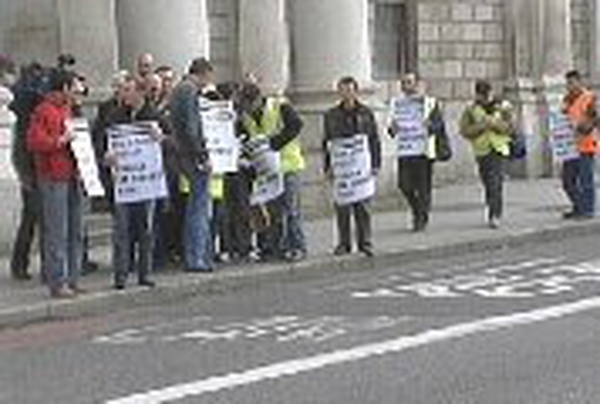