Police in Northern Ireland have arrested a man in connection with the murder of Belfast father-of-two Robert McCartney.

Police said the man was arrested on suspicion of murder. He was detained after going to a Belfast police station, accompanied by his solicitor.

Two weeks ago a man voluntarily went to Musgrave Street Police Station in Belfast city centre in connection with the murder. He was later released unconditionally by the PSNI.

Earlier, the Taoiseach, Bertie Ahern, described the latest statement from the IRA, in which it said it had offered to shoot the murderers of Mr McCartney, as extraordinary and horrific.

Speaking to reporters in Dublin, Mr Ahern said he had been shocked by the comment, but that things had to move forward in the peace process and there was a distinction between Sinn Féin and the IRA.

Mr McCartney's family said the IRA's investigation was a matter for itself, but that the only justice the family wanted was in a court of law.

In last night's statement, the IRA said the McCartneys had objected to physical action.

The Minister for Justice, Michael McDowell, said it indicated that the leadership of the Provisional movement now considers that a way to win back public support is to break its ceasefire and kill people in order to 'wash away the stain' of involvement in the murder.

The Northern Secretary, Paul Murphy, said he was appalled by the statement adding that any sort of punishment ought to come through the courts, through due process of the law, and there is no place for arbitrary justice, for kangaroo courts or for capital punishment.

DUP leader Dr Ian Paisley said the offer to shoot those responsible for the murder of Mr McCartney confirms again that terrorism is the only stock and trade of Sinn Féin and the IRA.

Last night Sinn Féin leader Gerry Adams said he had made it clear that he was not going to be an interpreter of IRA statements.

However he re-issued his appeal to witnesses to the Belfast man's killing to come forward, and called on the perpetrators 'to be men and stand up and admit what they have done'.

Meanwhile, Sinn Féin Chief Negotiator Martin McGuinness has said he is surprised by the IRA statement. To shoot those involved would have been a mistake and unfortunate, he added.

He said one sentence in the statement was taking away from many positive aspects which dispelled the notion that the IRA was going to protect or cover up those involved in the murder.

At Westminster, the British Prime Minister told MPs that in his view the IRA statement defied description.

Mr McCartney was stabbed to death outside a Belfast pub on 30 January. 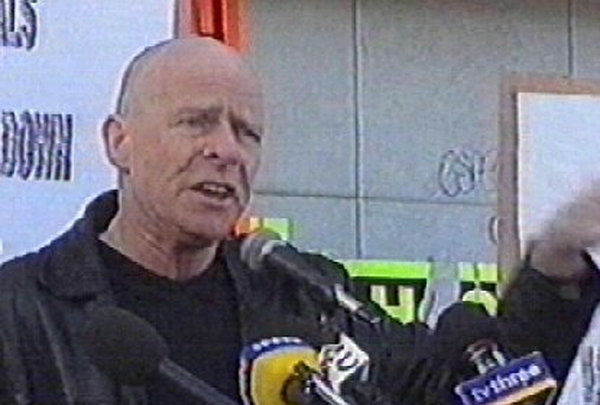