The Sinn Féin President, Gerry Adams, has suspended seven members of the party because of their alleged involvement in the murder of Belfast man Robert McCartney.

In a statement this evening, Mr Adams said the seven, who were named in a list given to him by the McCartney family, had been instructed to provide full and frank statements about the killing.

Mr Adams said he had given the full list of names to a solicitor to pass on to the Police Ombudsman, Nuala O’Loan.

This evening, the Archbishop of Armagh, Dr Sean Brady, expressed his support for calls for anyone with information about the McCartney murder to come forward to the police.

Last night, the Dáil overwhelmingly approved a Fine Gael motion calling on those with information on the murder to give it to the PSNI.

The measure was backed by the Government.

Sinn Féin said it backed the broad thrust of the motion but proposed an amendment that included references to other agencies as well as the PSNI.

During the debate, the Minister for Justice, Michael McDowell, claimed that the IRA was planning to transform itself into what he called a 'gendarmerie', enforcing Sinn Féin's political strategy.

Mr McCartney, a father-of-two, was stabbed to death following a row in a pub in Belfast on 30 January. 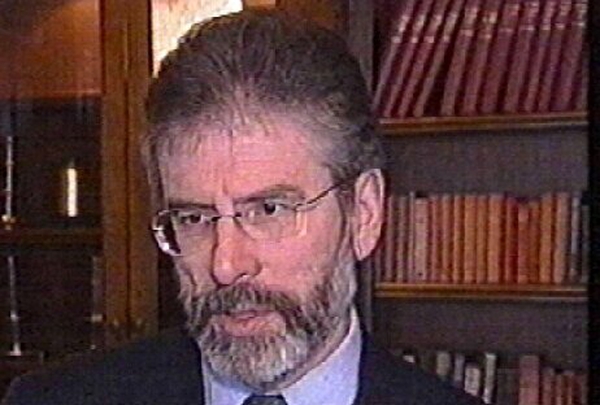