The Sinn Féin leader, Gerry Adams, has categorically denied that Sinn Féin was in any way involved in the money laundering operation uncovered by the gardaí.

Speaking on RTÉ's News at One, Mr Adams repeated his belief that the IRA was not involved in the Northern Bank robbery.

He also repeated that Sinn Féin was opposed to criminality.

He said there are members of other political parties who have been imprisoned because of their involvement with corruption, but he did not tar every member of those parties with the smear of criminality.

Mr Adams said the party will weather this storm, and if the party had issues to deal with, they would deal with them.

He said he would not walk away from any challenge.

Earlier the Taoiseach, Bertie Ahern, said he still supported the politics of inclusion and said he would continue to work towards reaching a comprehensive peace settlement in the North. Mr Ahern congratulated the gardaí for their work in uncovering the major money laundering operation.

Speaking in Nenagh this morning, he said there was never any ambiguity in his mind about the massive criminal element in the provisional republican movement.

The Minister for Justice has described the Provisional IRA movement as a colossal crime machine laundering huge sums of money.

Michael McDowell said that right across Ireland people were busy moving huge sums of money for the Provisionals. Speaking on RTÉ Radio, Mr McDowell also said that the IRA leadership was in total control of the military and political sides of republicanism, and that it is not divided. 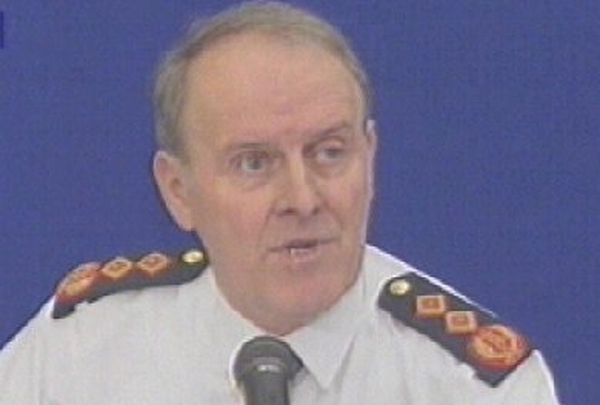