Sinn Féin President Gerry Adams has said Taoiseach Bertie Ahern should stop making malicious and untrue allegations that he and Martin McGuinness knew in advance that the Northern Bank robbery was to take place.

Speaking at Stormont, Mr Adams  said 'the fact is that he has made a claim which he cannot corroborate or substantiate'.

Mr Adams pointed to an interview with the PSNI Chief Constable Hugh Orde in today's Irish News, in which Mr Orde, when asked if he thought Sinn Féin leaders knew in advance of the robbery, said he had no idea if they did.

Mr Adams said the Taoiseach's refusal to withdraw the controversial remarks was all to do with electoralism.

'It is about preventing the development of Sinn Féin's radical political alternative to establishment politics on this island,' he said.

The Sinn Féin President said he was prepared to sit down with the Taoiseach today, tomorrow, or at any time to try and sort these matters out. 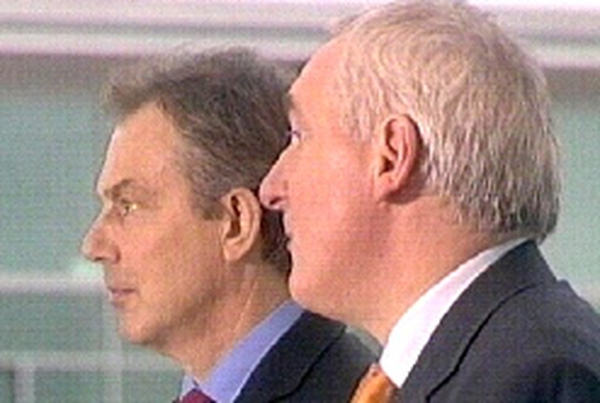 Ahern & Blair warn IRA to give up crime