The Western Health Board has announced that it is preparing to seek an injunction against the owners of Fibber Magee's Pub in Galway for permitting smoking in their bar.

A spokeswoman said the Board had issued  two warnings to the pub owners over the past 36 hours.

The board said it had now served formal notice that it would seek an injunction on Friday if smoking is not prohibited in the pub by 4pm tomorrow.

Speaking to RTÉ News tonight, co-owner of the pub Ronan Lawless said the pub's owners were taking legal advice to decide what their response to this latest development will be.

Earlier, a second pub came out in defiance of the smoking ban.

The owner of Doolan's pub in Cobh, Co Cork, Danny Brogan, said that he cannot afford to lose business at the expense of the ban, and is now letting customers smoke in the bar.

Mr Brogan added that publicans in the town are backing him.

The Minister for Health, Mr Martin, has said that the full rigours of the law will be applied quickly against the owners of Fibber Magees.

Speaking on RTÉ News, Mr Martin said he was very disappointed that the pub was in 'open defiance' of the smoking ban, but insisted that the law would take its course.

The Minister said there has been very strong compliance with the new ban which he said had been introduced to prevent heart disease and cancer.

Mr Martin rejected suggestions that there had been a disastrous fall off in business because of the ban.

He said it was too early to reach conclusion about the revenue implications. And he said there was already a decline in the amount of alcohol sold during 2003. 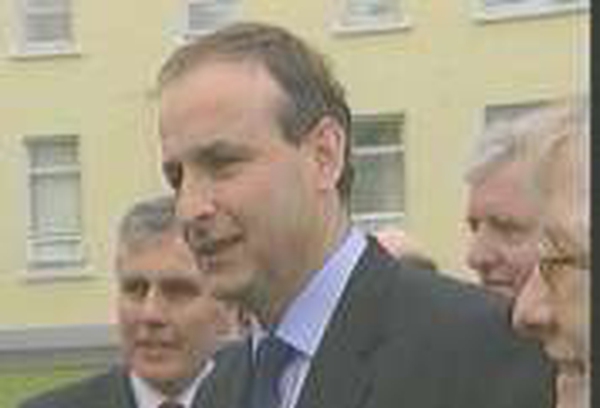